The Enforcement Directorate on Wednesday informed the Supreme Court that it has attached the assets worth Rs 187 crore of multi-national firm JP Morgan alleged to have been involved in siphoning of Amrapali Group homebuyers money. 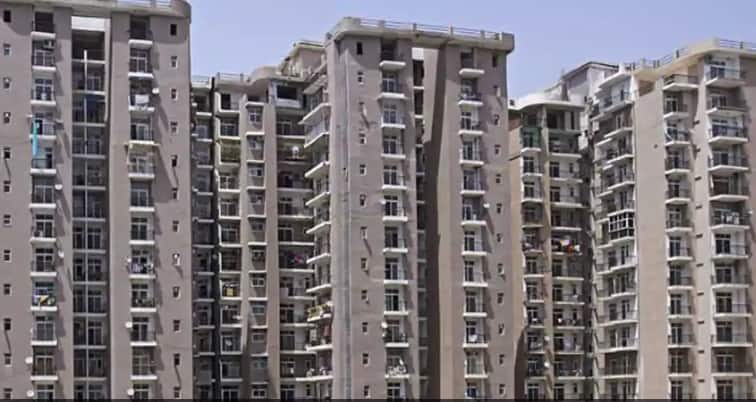 New Delhi: The Enforcement Directorate on Wednesday informed the Supreme Court that it has attached the assets worth Rs 187 crore of multi-national firm JP Morgan alleged to have been involved in siphoning of Amrapali Group homebuyers money.

The firm, JP Morgan India on other hand denied any wrongdoing and said that attachment of properties by the Enforcement Directorate is blatantly illegal as it was not part of any kind of financial dealing with Amrapali Group and it was JP Morgan Singapore and Mauritius which had allegedly invested in the real estate group.

A bench of Justices Arun Mishra and U U Lalit asked the Enforcement Directorate to file a short reply on the grievance raised by the JP Morgan India.

During the arguments, senior advocate Mukul Rohatgi appearing for JP Morgan India, said that on Tuesday, the Enforcement Directorate (ED) has attached the account of the multi-national firm to recover money to the extent as per the apex court's directions.

Rohatgi said that the attachment of properties of JP Morgan India was blatantly illegal as the multi-national firm does not have a penny worth of investment in Amrapali group and it was JP Morgan Singapore and Mauritius which have put the money in the real estate firm.

Senior advocate Harish Salve, appearing for SBICAP told the top court that the financial institution is currently following due diligence on the funding of stalled projects of Amrapali Group and would urge them to release some funds for reviving the projects. The bench said then it would hear SBICAP next week and listed the matter on June 3.

He said that under current scheme where SBICAP is appointed as a fund manager any such loan or financing is subjected to SBI and its investors and requested the court to not issue any general directions which may dilute the standard guidelines of RBI.

The bench also reserved its verdict on the issue of Floor Area Ratio (FAR), the interest to be realised by the NOIDA and Greater NOIDA authorities on such projects and financing of the home buyers for unsold inventories.

It asked NOIDA and Greater NOIDA to be more accommodating with regard to rate of interest as the real estate sector would die down, if the authorities remained rigid. The bench said that the authorities would have to give some relaxations or all real estate projects would fall through.

The bench also asked senior advocate Siddharth Dave, appearing for NBCC to submit a flow chart on their plan for construction of stalled projects of Amrapali for next two to three months. It said that NBCC should tell the court as how much money is with it, how much money is required in next three months and how the money could be raised for the pending projects.

The bench asked NBCC to inform it within a week whether it can sell the unsold inventories to raise funds for the pending projects or the court should appoint another agency for the purpose.

On May 22, the top court had allowed ED to attach properties of JP Morgan, which was engaged in transactions with the now-defunct Amrapali Group to allegedly siphon off home buyers money in violation of the Foreign Exchange Management Act (FEMA) and FDI norms.

The ED had told the top court that it has prima facie identified Rs 187 Crores in the accounts of JP Morgan, as proceeds of crime under the Prevention of Money Laundering Act (PMLA) and it needs permission to attach its properties to recover the same.

Additional Solicitor General Sanjay Jain, appearing for ED had told the bench that the probe agency has so far prima facie identified Rs 187 crore in the accounts of JP Morgan, which according to them are proceeds of crime under the anti-money laundering law.

On January 13, top court had orally asked the ED to attach Indian properties of JP Morgan after the probe agency said that it had prima facie found violations of FEMA norms by the US-based JP Morgan and that a complaint in this regard was lodged.

According to the share subscription agreement between JP Morgan and Amrapali Group, the US-based firm had invested Rs 85 crore on October 20, 2010 to have a preferential claim on profits in the ratio of 75 per cent to JP Morgan and 25 per cent to the promoters of Amrapali Homes Project Private Limited and Ultra Home.

Later, the same number of shares was bought back from JP Morgan for Rs 140 crore by two companies -- M/s Neelkanth and M/s Rudraksha -- owned by a peon and an office boy of Amrapali's statutory auditor Anil Mittal.

On July 23 last year, the top court had cracked its whip on errant builders for breaching the trust of home buyers, ordered cancellation of Amrapali Group's registration under real estate law RERA and ousted it from its prime properties in the NCR by nixing the land leases.

It had ordered a probe by the ED into allegations of money laundering and to look into the charge of FEMA violation by JP Morgan.