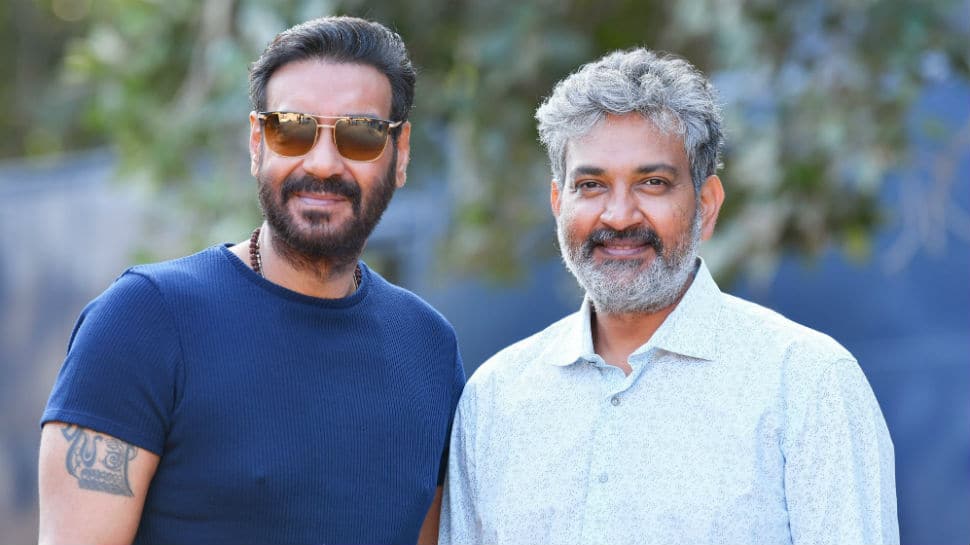 New Delhi: Superstar Ajay Devgn, who is currently basking in the success of his recent release 'Tanhaji: The Unsung Warrior', on Tuesday began filming his next project - 'RRR' - directed by SS Rajamouli. Pictures from Day 1 of Ajay's shoot have been shared by trade analyst Taran Adarsh and he wrote, "Ajay Devgn begins filming for SS Rajamouli's ambitious venture 'RRR' today."

It is a fictional story set in the pre-independent era (1920) and based on the lives of well-known revolutionaries Alluri Sitarama Raju and Komaram Bheem. Jr NTR will be seen as Komaram Bheem while Ram Charan will be playing Alluri Sitharama Raju.

Of the 'RRR', Rajamouli earlier said, "This will be a fictional story on the lives of Alluri Sitarama Raju and Komaram Bheem. There are gaps in the lives of these legendary freedom fighters that we don't know about," news agency IANS reported.

The first look, featuring Jr NTR and Ram Charan, was released in 2019.