Akash Puri is all set for his next titled 'Romantic'

Akash is all set to start shooting for his upcoming film which is titled Romantic. 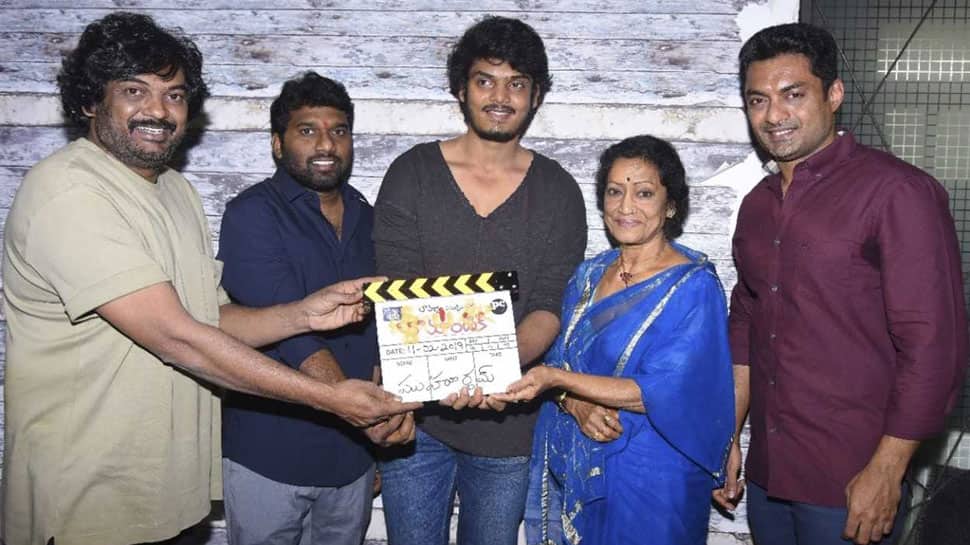 Puri Jagannadh’s son Akash Puri has played many roles when he was a kid. He was seen in films which his father directed and was popular for the role of Bujjigadu with the same title. Akash made his debut as a lead actor in Mehbooba, which released last year. Though he was lauded for his performance, the film has received mixed responses from the audience at the box office. The film was directed and produced by his father.

Though the film didn’t work out well at the box office, it didn't discourage Akash. He is all set to start shooting for his upcoming film which is titled Romantic.

The film was officially launched in the presence of actor Nandamuri Kalyan Ram and senior actress Rama Prabha. Kalyan Ram clapped the sound board for the first scene. Debutant Anil Paduri is directing this romantic, beautiful love story. The shooting is underway post the launch. Akash will be seen in a new and stylish look. It will be a different love story from the pen of director Puri Jagannadh. Apart from providing the script, Puri is also taking care of the screenplay and penning the dialogues.

Puri along with Charmme Kaur are producing Romantic under Puri Jagannadh Touring Talkies and Puri Connects banners. More details about the cast will be unveiled soon.

On the other hand, director Puri Jagannadh is busy caning his upcoming directorial with actor Ram Pothineni and it is titled iSmart Shankar and has actresses Nabha Natesh and Nidhhi Aggerwal.