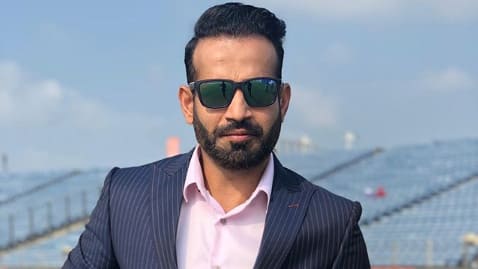 While Irfan will be seen essaying a prominent role in a film starring Tamil superstar Vikram, Harbhajan will make his debut in a Santhanam film titled "Dikkiloona".

The Vikram film, which will introduce Irfan Pathan to the big screen, is tentatively titled "Vikram 58". It is directed by Ajay Gnanamuthu, who is known for films like "Imaikka Nodigal" and "Demonte Colony".

"Welcome on board @IrfanPathan Can't wait to unleash your new avatar to the audience!! Time for some solid action!!," tweeted the film's director Gnanamuthu, along with a picture of himself with Irfan.

The producers of the film tweeted confirmation that Irfan was on board. "Proud and honoured to introduce @IrfanPathan in #ChiyaanVikram58 in a super stylish action avatar!! Welcome on Board sir and wish you a sensational debut," read a tweet by co-producers Seven Screen Studio. Vikram is known as Chiyaan to his fans.

AR Rahman has scored music for "Vikram 58". Filming of the project will begin soon, and will be done across various parts of India. Sivakumar Vijayan is helming the film's camera work.

On the other hand, Harbhajan's debut Tamil performance happens in "Dikkiloona", which stars Santhanam and is directed by Karthik Yogi. the film is produced by KJR Studios in association with Soldiers Factory.

Incidentally, both Irfan and Harbhajan have a Chennai connect, having played for the IPL team Chennai Super Kings.