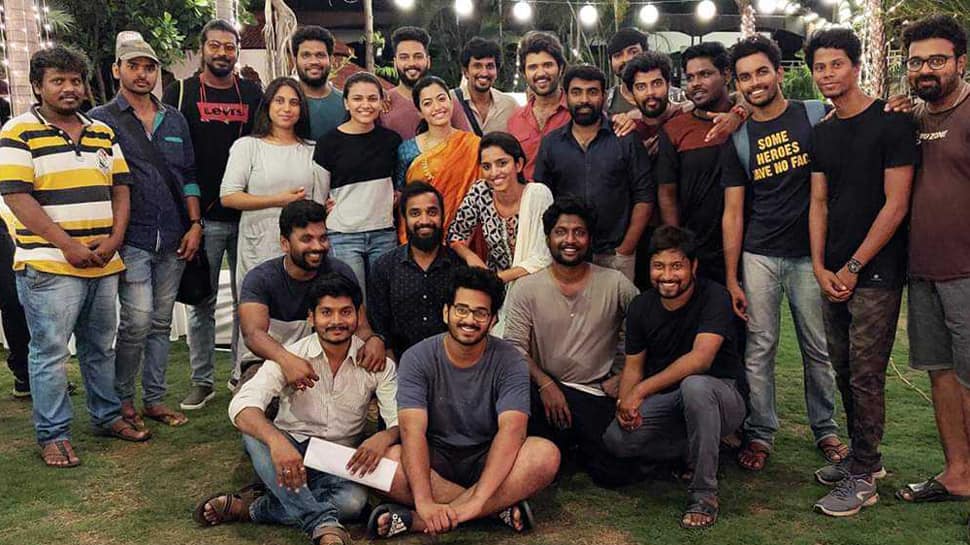 Directed by Bharath Kamma, the film is one of the most awaited films of the year. The director himself took to Twitter to share the news and wrote, “Packup!! It’s a wrap! #DearComrade great shoot guys, it’s been a year almost…missing everyone. @TheDeverakonda @iamRashmika @MythriOfficial @bigbencinemas @YashBigBen @sujithsarang @justin_tunes @sreejithsarang.” (sic)

The film is a social action drama which went on floors in July last year. It is the story of a student leader named Comrade Charlie. Debutant director Bharat brought Vijay and Rashmika together for the second time after Geetha Govindam.

The teaser of the film was released last month amidst very high expectations and became an instant hit on various social media platforms. The teaser gives us a glimpse of the action avatar Vijay will be portraying. It shows us the angry young man avatar of Vijay.

Well, after Taxiwala, which released last year, Vijay Deverakonda did not have any release. In fact he had four back to back releases last year. Vijay wanted to take a break from releases and so, he said that he will take some time in releasing his next film. Looks like he has actually done what he said.