The film has four heroines and is expected to release this summer. 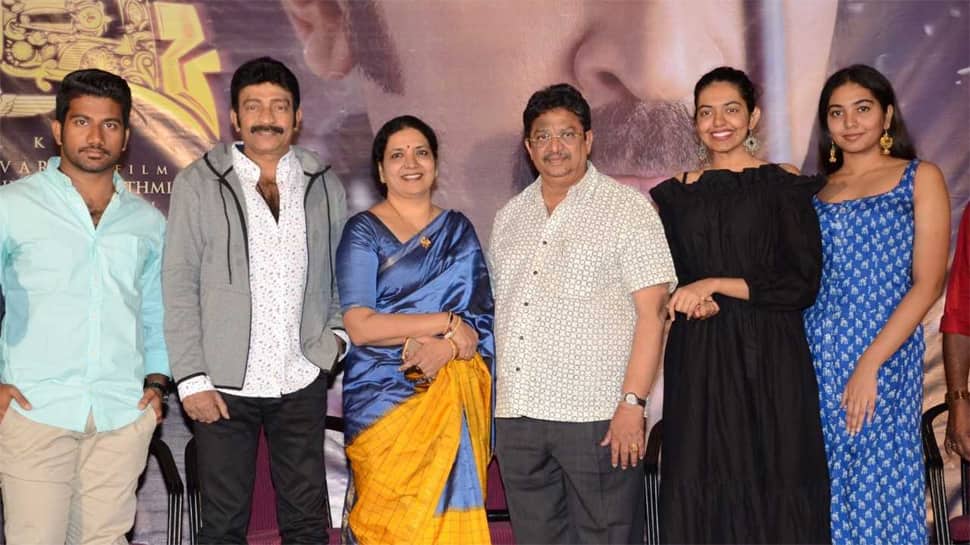 The teaser of Kalki, an investigative thriller directed by Prasanth Varma was released on Sunday at Hyderabad's Prasad Lab. The film is produced by C Kalyan. After a long break, Rajasekhar made PSV Garuda Vega with Praveen Sattaru and the film was a huge hit. Almost after a break of a year and more, the actor is back with an interesting entertainer yet again.

During the event which was held at Prasad Labs recently, director Prashanth Varma, producer C Kalyan, Rajasekhar, Jeevitha, Shivani, Shivathmika and others from the crew were present at the event.

The teaser of 'Kalki' looks intriguing and the actor looks dashing as ever. It is understood from the teaser that the film is going to be yet another superhit from the actor who is known as the ‘angry young man’.

The film has four heroines and is expected to release this summer.

Speaking on the occasion, Rajasekhar said, "I haven’t spoken about PSV Garuda Vega before its release. I want to do the same now also. After the release of my previous film, I waited for 6 months for a script like this to come my way. Later, I zeroed in on this project and then we waited for the director's dates.  He mercifully gave the dates eventually.  It's like a big promotion for me to have got to act under Kalyan's production. He produces a movie only if he loves the content.

Just like how Praveen Sattaru taught me new things during the making of Garuda Vega, Prasanth Varma also did.  There is a very good performer in him."

Prasanth Varma said, "I happened to meet with Jeevitha much before the release of Awe.  It was a long wait before the project came to fruition.  In terms of script-writing, Kalki took ten times more effort than what Awe took.  It's not a complex film but there is a lot of detail involved.  We rewrote about 70 drafts. Kalki is a commercial film that has its own template.  It's going to be a franchise.  Hopefully, we will do ' before Rajasekhar Garu's next birthday. Not everyone could understand my first movie. I am sure Kalki is for everyone."