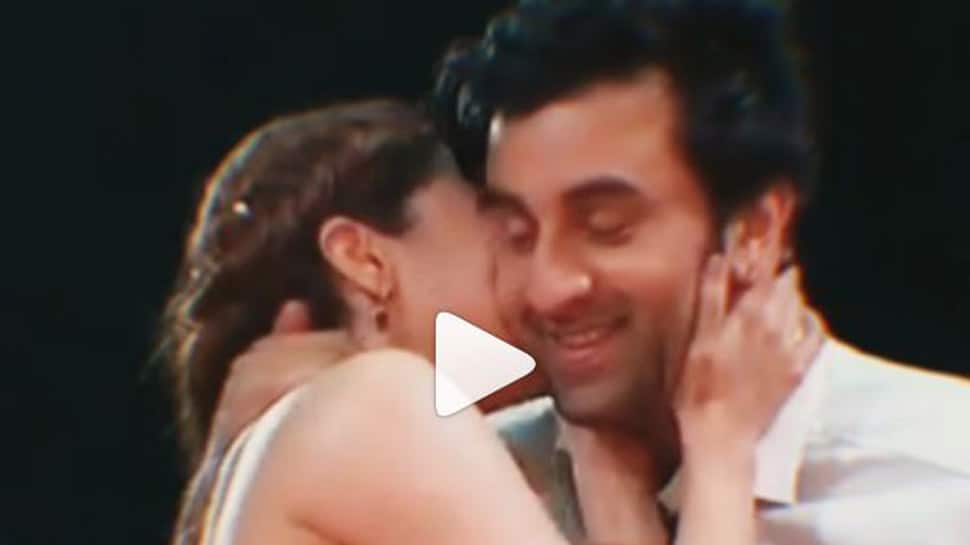 New Delhi: Bollywood actor Ranbir Kapoor and his rumoured lady love are painting the town red with their enviable chemistry. The actors made their relationship official in the award ceremonies that took place recently. Alia even confessed her love for Ranbir in one of them.

During the Zee Cine Awards, when Alia's name was announced the Best Actor (Female) for Raazi, Ranbir leaned on to her side to kiss her but the actress quickly turned her face and offered her cheek.

Ranbir too won the Best Actor Award for Sanju. He delivered an emotional speech in which he talked about his father Rishi Kapoor, who is undergoing treatment for undisclosed illness in New York. Here's an excerpt of what he said, “I would like to dedicate this award to very special people in my life, starting with my father. He is going through a little bit of a rough patch in his life and I have often heard that whenever you come into some kind of crossroads in your life, you can really tell who you are as a person. Whenever I speak to him, he only talks about movies. He only talks about 'how is this film?', 'how is this film doing?', 'how is this performance?', what are you doing in your scene? And, more so, he speaks to me about his insecurities that when he gets back, will he get to work in the movies? Whether people will offer him films? Will, he be able to act in movies?" and that kind of inspiration and passion and madness brings all of this to perspective.”

On the work front, the supremely talented actors will be seen sharing the screen space for the first time in Brahamstra which has been helmed by Ayan Mukerji. The film is all set to hit the screens on December 25, 2019.