Humans will learn how to live and operate on celestial bodies: NASA on Artemis moon mission

United States' space agency NASA took to microblogging site Twitter and said that its Artemis moon mission programme aims to explore the possibility of humans living and operating on other celestial bodies.  This comes as NASA had donned the task of answering some of the frequently asked questions related to its manned moon mission- Artemis. 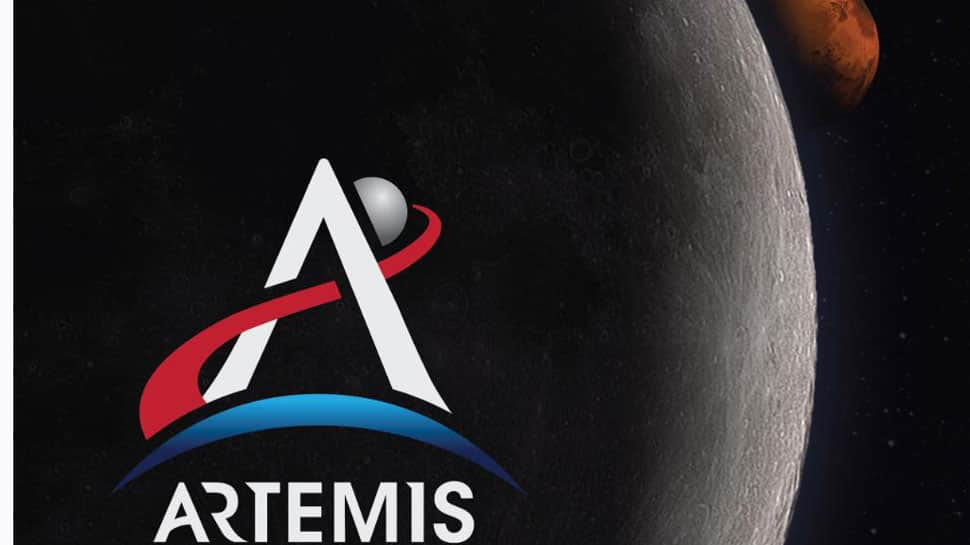 United States' space agency NASA took to microblogging site Twitter and said that its Artemis moon mission programme aims to explore the possibility of humans living and operating on other celestial bodies.  This comes as NASA had donned the task of answering some of the frequently asked questions related to its manned moon mission- Artemis.

The Artemis programme is a crewed spaceflight program helmed by NASA, with the goal of landing "the first woman and the next man" on the Moon, specifically at the lunar south pole region by 2024. To achieve this, NASA will use innovative new technologies to explore "more of the Moon than ever before", and collaborate with its "commercial and international partners to establish sustainable missions by 2028."

The information collated on the moon will serve as a foundation for NASA to take the giant leap in the space discourse-- the ambition of sending astronauts to planet Mars.

Our #Artemis program will return astronauts to the Moon by 2024.

Answering the question "Why Go to the Moon?", the NASA enunciated its plans to establish the American leadership and a strategic presence on the moon while expanding US' global economic impact. This will also encourage and inspire the coming generations to make their career in science, technology, engineering, and mathematics (STEM) academic disciplines.

For the question "When Will We Get There?", NASA said that it is working toward launching Artemis 1 in 2020, which is an unmanned flight to test its rocket Space Launch System (SLS), and Orion spacecraft together.
By 2022, NASA aims to launch Artemis 2, the first SLS and Orion flight with the crew. Following this, NASA is targetting to land astronauts on the moon by 2024 on the Artemis 3 mission and about once a year thereafter.

Upon stepping on the lunar surface, NASA has set its sights on exploring the entire surface of the Moon with human and robotic explorers, beginning with the lunar south pole region. Setting its ultimate goal of landing on Mars, the Artemis mission will aim to find and explore the usage of water on the lunar surface and other critical resources needed for long-term exploration. It will also investigate to unravel the moon's mysteries and learn more about our home planet and the universe.

The mission will also seek to find ways to live and operate on the surface of another celestial body present in the universe. The aim to go forward on the moon will be the shining moment of the present generation, which would be known as the Artemis generation, NASA proclaimed.

Meanwhile, NASA's Lunar Reconnaissance Orbiter (LRO) spacecraft is trying to help Indian Space Research Organisation (ISRO) to locate Vikram Lander, which lost contact with mission control just seconds away from touch-down on the lunar surface. The lunar probe on September 17, flew over Vikram's landing site and clicked several images, which it will now analyse these images to check if the lander is visible.

NASA has earlier acknowledged that data collected from Chandrayaan-2 would come in handy for Artemis, which plans to land astronauts (including the first female moonwalker) on the lunar south pole.

NASA's rocket, the Space Launch System (SLS), will send astronauts aboard the Orion spacecraft, millions of miles from Earth to the lunar orbit. Astronauts will dock Orion at the Gateway where they will live and work around the moon. The crew will take expeditions from the Gateway to the surface of the Moon in a new human landing system before returning to the orbital outpost. The astronauts will ultimately return to Earth aboard Orion.