This method simulates how astronomers and astrobiology researchers will search for evidence of life beyond Earth by observing potential "biosignatures" on exoplanets. 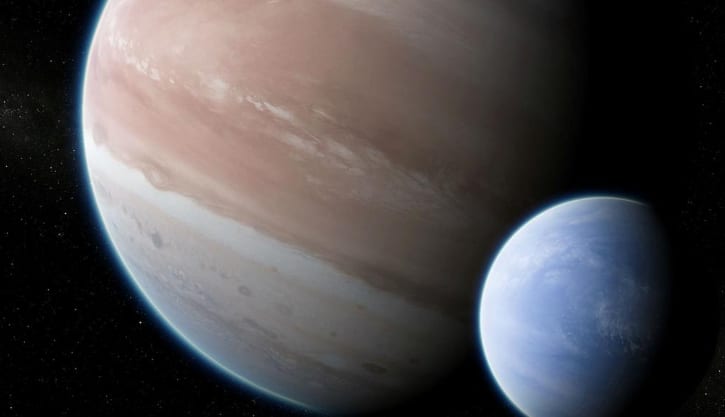 Washington: As scientists search for signs of life on planets outside our solar system, astronomers using NASA`s Hubble Space Telescope have detected Earth`s own brand of sunscreen, ozone, in our atmosphere by taking advantage of a total lunar eclipse.

This method simulates how astronomers and astrobiology researchers will search for evidence of life beyond Earth by observing potential "biosignatures" on exoplanets.

"One of NASA`s major goals is to identify planets that could support life," Allison Youngblood of the Laboratory for Atmospheric and Space Physics at the University of Colorado Boulder said in a NASA statement.

"But how would we know a habitable or an uninhabited planet if we saw one? What would they look like with the techniques that astronomers have at their disposal for characterising the atmospheres of exoplanets?

"That`s why it`s important to develop models of Earth`s spectrum as a template for categorising atmospheres on extrasolar planets," she explained.

For the study, Hubble did not look at Earth directly. Instead, the astronomers used the Moon as a mirror to reflect sunlight, which had passed through Earth`s atmosphere, and then reflected back towards Hubble.

Using a space telescope for eclipse observations reproduces the conditions under which future telescopes would measure atmospheres of transiting exoplanets.

These atmospheres may contain chemicals of interest to astrobiology, the study of and search for life.

Though numerous ground-based observations of this kind have been done previously, this is the first time a total lunar eclipse was captured at ultraviolet wavelengths and from a space telescope.

Hubble detected the strong spectral fingerprint of ozone, which absorbs some of the sunlight.

Ozone is important to life because it is the source of the protective shield in the Earth`s atmosphere.

On Earth, photosynthesis over billions of years is responsible for our planet`s high oxygen levels and thick ozone layer.

That`s one reason why scientists think ozone or oxygen could be a sign of life on another planet, and refer to them as biosignatures.

"Finding ozone is significant because it is a photochemical byproduct of molecular oxygen, which is itself a byproduct of life," Youngblood said.

Hubble recorded ozone absorbing some of the Sun`s ultraviolet radiation that passed through the edge of Earth`s atmosphere during a lunar eclipse that occurred on January 20 to 21, 2019, according to the study published online in The Astronomical Journal.