Duraimurugan has said the cash did not belong to his family. 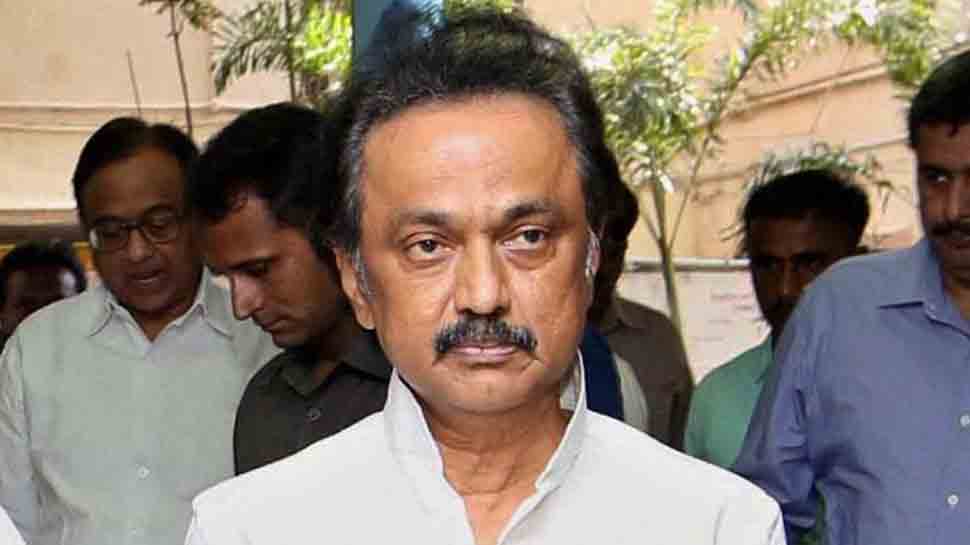 Chennai: The huge cash seizure by Income Tax officials from the cement warehouse of a DMK leader in Vellore made the party allege on Thursday that by-elections in two Assembly constituencies in the Tamil Nadu district may be postponed.

Eighteen Assembly constituencies in Tamil Nadu will see by-elections along with the Lok Sabha battle on April 18.

DMK President M.K. Stalin told a rally at Pollachi that apart from the elections for the Vellore Lok Sabha seat, attempts were being made to postpone the by-elections in Gudiyattam and Ambur seats.

"If DMK wins in all the 18 seats for which by-elections are being held, then they (AIADMK) will not be in power even for a minute. Hence, they are trying to reduce the number of Assembly seats going for by-election," Stalin said.

"Will the Election Commission be a party to this? That is our question," he said.

Stalin also asked the poll panel and the IT department to check the police vehicles, alleging that they were being used by the ruling AIADMK to transport cash to bribe the voters.

He said if the officials don`t check these vehicles, then the public will start doing so.

The Income Tax department seized about Rs 11.5 crore in cash, packed in cartons and gunny bags, from a cement warehouse in Vellore district belonging to a DMK leader.

Duraimurugan has said the cash did not belong to his family.

According to an IT department official, the cash was shifted from Kingston College belonging to the Duraimurugan Educational Trust to the cement godown on the night of March 29-30.

The DMK has fielded its candidates in Gudiyattam and Ambur Assembly seats.

In 2017, the Election Commission postponed the by-election for the R.K. Nagar Assembly constituency after complaints of large-scale bribing of voters.

In 2016, the poll body postponed elections for the Thanjavur and Aravakuruchi Assembly seats following reports of large-scale bribery of voters.