Bigg Boss 13: All that happened at the grand premiere

Superstar Salman Khan returned as the host and kick-started Bigg Boss 13 by dancing to his song 'Slow Motion' from the film 'Bharat'. Unlike the previous few seasons, this time, only celebrities have entered the 'House of Cameras'. 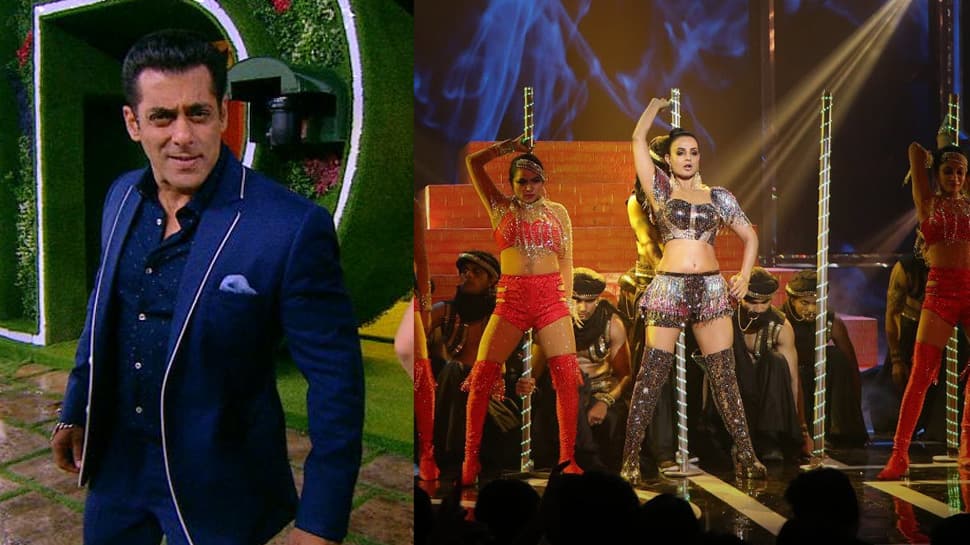 New Delhi: The wait is finally over as one of the most popular, controversial and entertaining shows of Indian Television, Bigg Boss kick-started its brand new season on the night of September 29 this year. Bigg Boss 13 has been long-awaited by fans who are curious to know about the various twists and turns that the new season has in store.

Superstar Salman Khan returned as the host and kick-started Bigg Boss 13 by dancing to his song 'Slow Motion' from the film 'Bharat'. Unlike the previous few seasons, this time, only celebrities have entered the 'House of Cameras'.

Here is all that happened at the Bigg Boss 13 grand premiere:

* The show's premiere ends with Salman Khan signing off in his signature style.

* This season focuses on 'Girl Power' and is in fast-forward mode. Inmates will at first be required to make connections with their fellow members in order to move forward in the game. As the show moves forward, more surprises are in store!

* And at last, we hear the voice of Bigg Boss who asks all contestants to be seated in the living room and welcomes the 13 new members of the house.

* The male contestants are finally inside the house! The 13 members mingle with each other and find others with matching bands.

* All male contestants are given the BFF bands. They now have to go inside the house and look for their BFF who has the same band like theirs.

*Siddharth Shukla has the most duties in the house whereas Abu has 0 duties. Since he has the least number of duties, Abu gets a 'disadvantage ring', the consequence of which will be known once he enters the house.

* Paras and Abu Malik compete for becoming Arti's partner for the dishwashing duty.

* Arti chooses her option for the BFF and selects the 'Hum Aapke Hain Kaun' card. She is assigned the duty of washing dishes.

* Krushna and Arti's presence evokes laughter on stage. The two are busy spilling secrets about each other.

* Arti, who is superstar Govinda's niece,  is all set to enter the house and expresses how she wants people to know and love her.

* Koena chooses Asim as her partner for living room duty.

* Koena is assigned the living room duty and she chooses her partner via a fun task.

* The next contestant is the 'Saki Saki' girl Koena Mitra. The popular actress is all set to stir excitement this season!

* Ameesha is the 'Malkin' of the house. She will keep coming inside the Bigg Boss house and will keep a close eye on them.

* Ameesha Patel enters the scene. She sets the stage ablaze with her dance performance and her involvement brings a major twist this season!

*Dalijiet is assigned the bedroom duty and is asked to choose her partner in the duties. She picks Siddharth Shulka yet again and the actor now has a lot of duties inside the house! We wonder how will he manage them all.

* Next contestant is actress Dalijiet Kaur. She says she is here for her 'second innings'.

* Shefali gets the garden and pool duty and is asked to choose a partner. She chooses Siddharth Dey after looking at the videos of all contestants.

* Shehnaa'z presence brings a lot of laughter on stage. She wins the task after much mirth and merriment.

* The two contestants compete for Ration duty. Whoever wins the task, will get Paras as their partner.

* Shefali and Shehnaaz choose from the available BFF options. They are both given their bands.

* Shehnaaz asks Salman is she looks like 'Punjab's Katrina Kaif'. To this, the actor replies that yes she does.

* Punjabi actress Shehnaaz Kaur Gill enters the stage. She is a huge fan of Salman Khan and sings a song for the actor.

* News anchor Shefali Bagga is the next contestant of the house. She says she is very excited to enter the house.

* It's time for a break post which Bollywood actress Amisha Patel will spill some beans about the contestants!

* Salman reveals the Siddharth Shukla is not only her kitchen partner but her BFF as well. The two are wearing the same bands.

* The actress chooses Siddharth Shukla to be her partner. The two are assigned a task in which they have to make burgers while being handcuffed.

* Like other female contestants, Rashami also chooses her BFF. She is also assigned the kitchen duty. The actress will be responsible for dinner and tea time. Salman then asks her to choose a partner for her kitchen duty from the male contestants.

* The next contestant is popular actress Rashami Desai who shot to fame with her performance in 'Uttaran'.

* Siddharth wins the task and is Devoleena's kitchen partner for breakfast and lunch.

* Devoleena picks Siddharth Shukla and Abu Malik to perform a task to become her partner. Both have to make 'Bhel Puri' and whoever makes it better will be selected as Devoleena's kitchen partner.

* Devoleena feels nobody can find love in the Bigg Boss house. Like, Mahira, she is also given certain options to choose from and is given a red-coloured band. She is also assigned Kitchen duty. The actress will have to make breakfast and lunch. However, she isn't the only one who'll be cooking, she can choose a partner from the present five male contestants.

* After engaging in a fun banter, Mahira enters the house and becomes the first contestant to step inside the Bigg Boss 13 house.

* When asked with whom will she like to go on a date, Mahira picks Siddharth Shukla because he looks like a gentleman.

* On the basis of her selection, she is given a band and whoever is wearing the same colour band in the house will become Mahira's BFF in the house. Looks like tasks have begun for the contestants already!

* Salman says that Mahira needs a BFF in the house. He gives her some options to select on the basis of which her BFF (Bed friend forever) will be selected.

* Mahira says she isn't here for money or fame, but is here for the trophy.

*It's time for the ladies of the house to enter! The first female contestant of this season is Mahira Sharma.

* Asim Riaz makes a glamorous entry on stage. He dances to 'Yeh Jawaani Hai Deewani' song and fails to recognise the other four contestants.

* Salman is all praises for Malik and asks him about the book that he has written.

* The next contestant to enter is popular singer Abu Malik.

* Paras tells about himself and says he believes in telling the truth. Salman introduces the actor to the other two contestants.

* The handsome and much-talented Paras Chhabra, who won Splitsvilla season 5 is the third contestant! He enters dancing to Tiger Shroff's 'Mundiyan' song.

* Siddharth says it is a big pleasure to share the stage with Salman Khan and expresses his gratitude for the same.

* Without wasting any time, Salman welcomes the next contestant, writer Siddharth Dey who has penned scripts for various TV shows.

*The first contestant to enter the show is popular television actor Siddharth Shukla. The two engage in a fun conversation on the premiere stage.

* Salman announces everything in this season will speed up. The finale will be held after four weeks, but that does not mean that the show will end withing a month. Confused? We are too!

* Salman Khan returns as the host this season and kicks off the show in style! He is seen dancing to his song 'Slow Motion' from the film 'Bharat'.

*The stage is set and people eagerly await the brand new season of Bigg Boss!