The clip shows that Rahul Vaidya is taken aback and gets emotional to see his ladylove, Disha Parmar in 'Bigg Boss 14' house. As the singer proposes to Disha, she eagerly accepts his marriage proposal and the couple seal the deal with a romantic kiss. 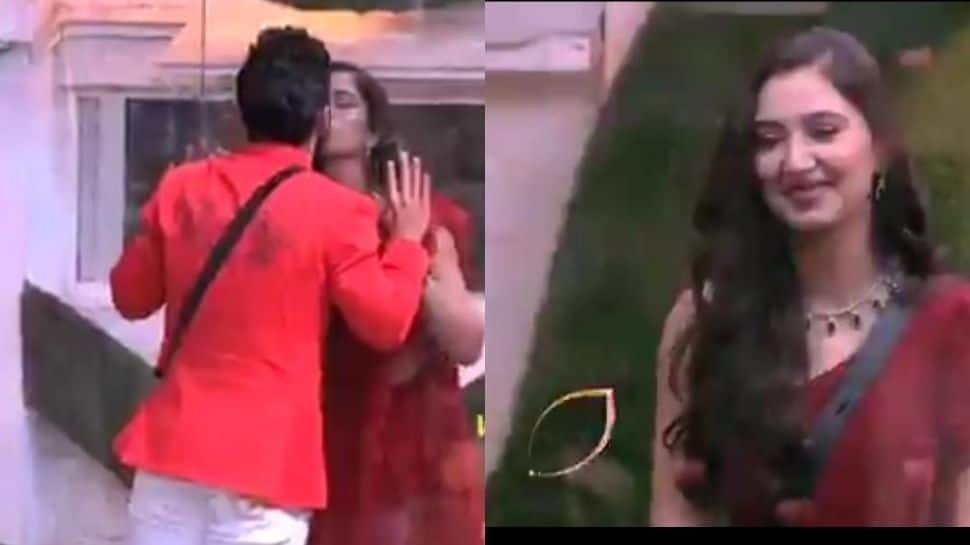 New Delhi: ‘Bigg Boss 14’ contestant Rahul Vaidya is in for a sweet surprise in the form of girlfriend Disha Parmar, who will enter the Bigg Boss house on the eve of Valentine’s Day on Saturday (February 13) in Weekend Ka Vaar episode.

In the promo shared by Colors on Twitter, Bigg Boss 14 former contestant, actress Disha Parmar will visit beau, singer Rahul Vaidya on the occasion of Valentine's Day. The clip shows that Rahul is taken aback and gets emotional to see his ladylove. As the singer proposes to Disha, she eagerly accepts his marriage proposal and the couple seal the deal with a romantic kiss.

Rahul had earlier proposed to Disha and expressed his love for her in the Bigg Boss house in November, 2020. Since then, both the singer and his fans had been waiting for her reply.

Meanwhile, ever since Rahul reentered the Bigg Boss house, Disha has relentlessly supported her boyfriend. She also promotes hashtags supporting Rahul’s win in the controversial reality show. Recently, the actress had lost her cool when trolls had implied that she has a problem with Nikki Tamboli talking to Rahul but not when Devoleena Bhattacharjee ‘flirts’ with him.

Replying to the trolls, Disha tweeted, “I really don’t bother much nowadays with what all people write or make fake edits to get a reaction .. but then there are some Days when you just want to slap all these useless, jobless people who have done nothing in life except spitting venom.”