In this full episode of Kundali Bhagya, Sherlyn enters the ICU room of Preeta to attack her. 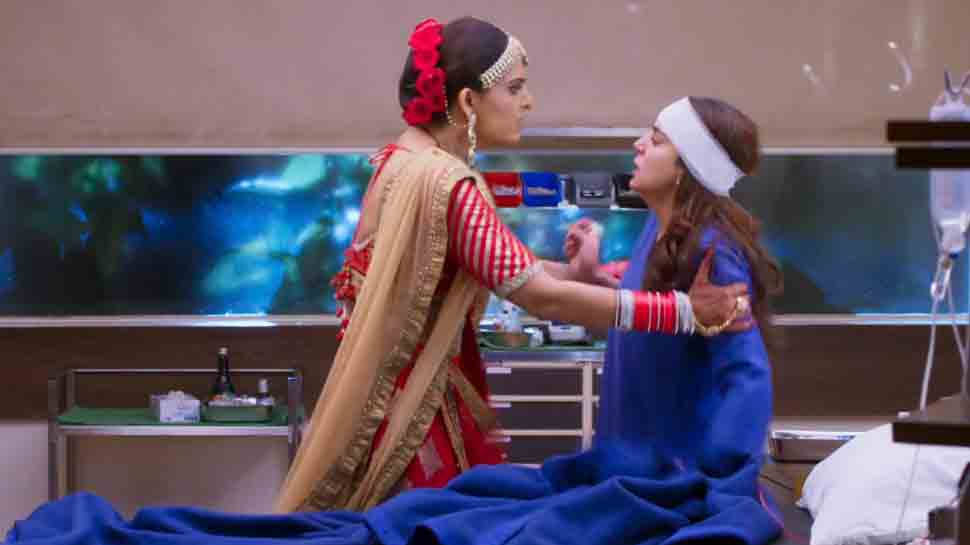 In the June 11 episode of Kundali Bhagya, Sherlyn, who left her wedding mid-way, arrives at the hospital to kill Preeta. And while Prithvi tries to stop Sherlyn over the phone, she decides to go ahead with the plan and enters Preeta's ICU room in the hospital where she tries to choke her.

Suddenly, Preeta wakes up and is astonished to find Sherlyn attacking her. She fights back and escapes from the hospital room, before locking Sherlyn inside. Sherlyn then dials Prithvi and asks him to stop Preeta from reaching the Luthra house.

Prithvi gets relieved to learn from Sherlyn that Preeta has survived. However, Sherlyn demands that he stops Preeta from reaching the Luthra house. Prithvi is afraid that Preeta will find out that he is involved with Sherlyn.

In the next episode, on June 12, Sarla slaps Sherlyn and demands to know where Preeta is. Sherlyn is taken aback and tells Sarla that she will find Preeta and kill her. She also threatens to kill Srishti and Sarla too. Preeta manages to reach the Luthra house where she decides to put an end to Sherlyn's terror in her life. Will Preeta be able to expose Sherlyn to the Luthra family? Stay tuned to find out.