Catch the latest episode of this fresh romance every night at 8:30 PM only on Zee Marathi. 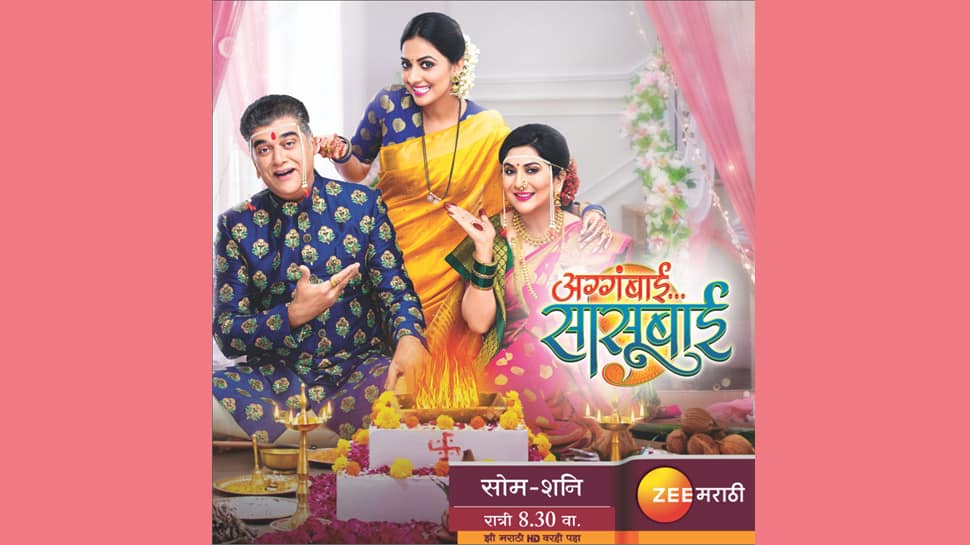 Zee Marathi's prime time hit show Aggabai Saasubai received special appreciation and shout out from Union minister Smriti Irani. Tweeting a scene straight from Zee Marathi's popular show, the former beloved TV Bahu said that "Aai/mother" is an emotion that transcends language, encouraging everyone to give their mothers a loving hug. Finally answering the question of what mothers do all day, the emotional scene has gone viral getting over 20 lakh views in just 5 days via that tweet alone.

"What do you do all day at home? This is not work!" - Single mothers and homemakers are often questioned about their daily routine. The heartfelt scene from Zee Marathi show Aggabai Saasubai answering this question has become viral on all social media platforms and messaging apps. The response has surprised even the writer and director who never expected this overwhelming reaction when they wrote the scene that every mother secretly wishes to say but holds back due to her love. Love not gratitude - as put by Union Minister Smriti Irani - is the only expectation by all mothers.

Newly launched Aggabai Saasubai features the beloved star cast of Tejashree Pradhan, Nivedita Saraf and Girish Oak. Based on the close relationship between a progressive daughter-in-law Shubhra with her homemaker mother-in-law Asawari, the show follows the budding relationship between Asawari and Chef Abhijit Raje. Proving that companionship transcends age, Asawari and Abhijit's young at heart relationship is already winning hearts in the 8:30 pm time slot on Zee Marathi.

Catch the latest episode of this fresh romance every night at 8:30 PM only on Zee Marathi.

Game of Thrones cast gets a standing ovation at Emmys 2019