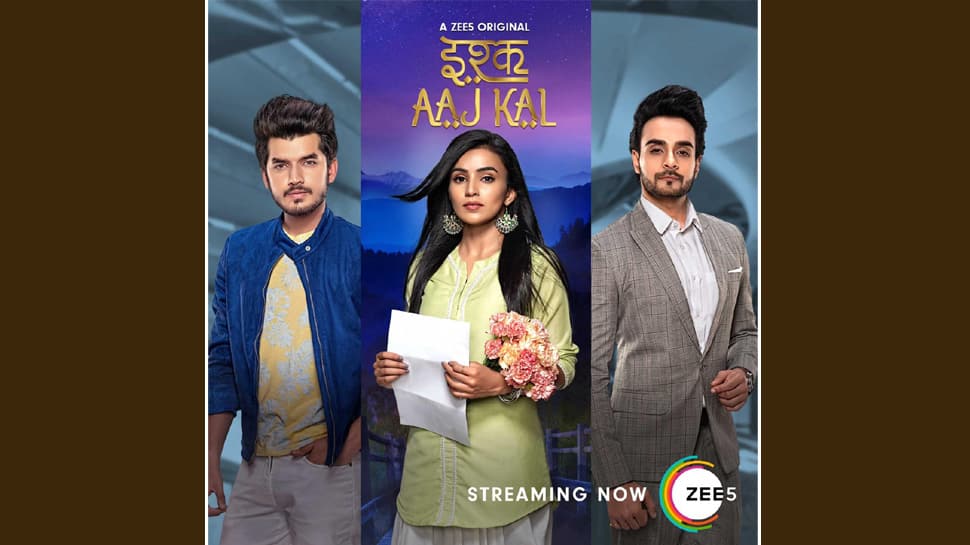 ZEE5, India's fastest growing OTT platform introduces a spin-off - Ishq Aaj Kal from a ZEE TVs popular franchise  Ishq Subhan Allah. The eight-episode web-series is a first of its kind in the Indian OTT space. It takes the story of Aaliya Jaffri forward and showcases how she struggles with her dark past. Starring Ankitta Sharma, Angad Hasija and Paras Kalnawat, the first season of the show premieres today on ZEE5.

Produced by Dheeraj Kumar, Zuby Kochhar, Sunil Gupta and directed by Nitesh Singh, Ishq Aaj Kal will build an instant connect with the youth. A romantic thriller, set in the contemporary world, the show portrays youth romance surrounded by various scandals and promises to be a delight for both television and OTT lovers.

Ankitta Sharma said, “I am thrilled to make my digital debut with ZEE5. Over the years, Ishq Subhan Allah has received immense love from the audience and we hope the same for Ishq Aaj Kal as well. Our story is layered with emotions and drama – the perfect dose of entertainment. We can't wait to hear what the viewers have to say about the first season of this spin-off series.”

Producer Dheeraj Kumar said, "Ishq Subhan Allah is a popular show and the idea was to adapt the characters and present them in a different light with Ishq Aaj Kal. In India, it is for the first time that such an innovation has been explored and we are glad that ZEE5 believed in the idea and backed it.”

Aparna Acharekar, Programming Head, ZEE5 India said, “At ZEE5, we are experimenting with different concepts and genres. Ishq Aaj Kal is a landmark series for us and we have used a popular ZEE TV show to give the characters a new life in the digital space. It is a great example of a seamless collaboration between broadcast and digital. This spin-off will surely make for a perfect binge-watch experience.''

Tahar Rahim to star in drama series 'The Serpent'