Fifth-seed Herbert and Mahut swept aside 2017 champions Finn Henri Kontinen and local hope John Peers 6-4, 7-6 (1) in the final that lasted a little over one and a half hour at Rod Laver Arena. 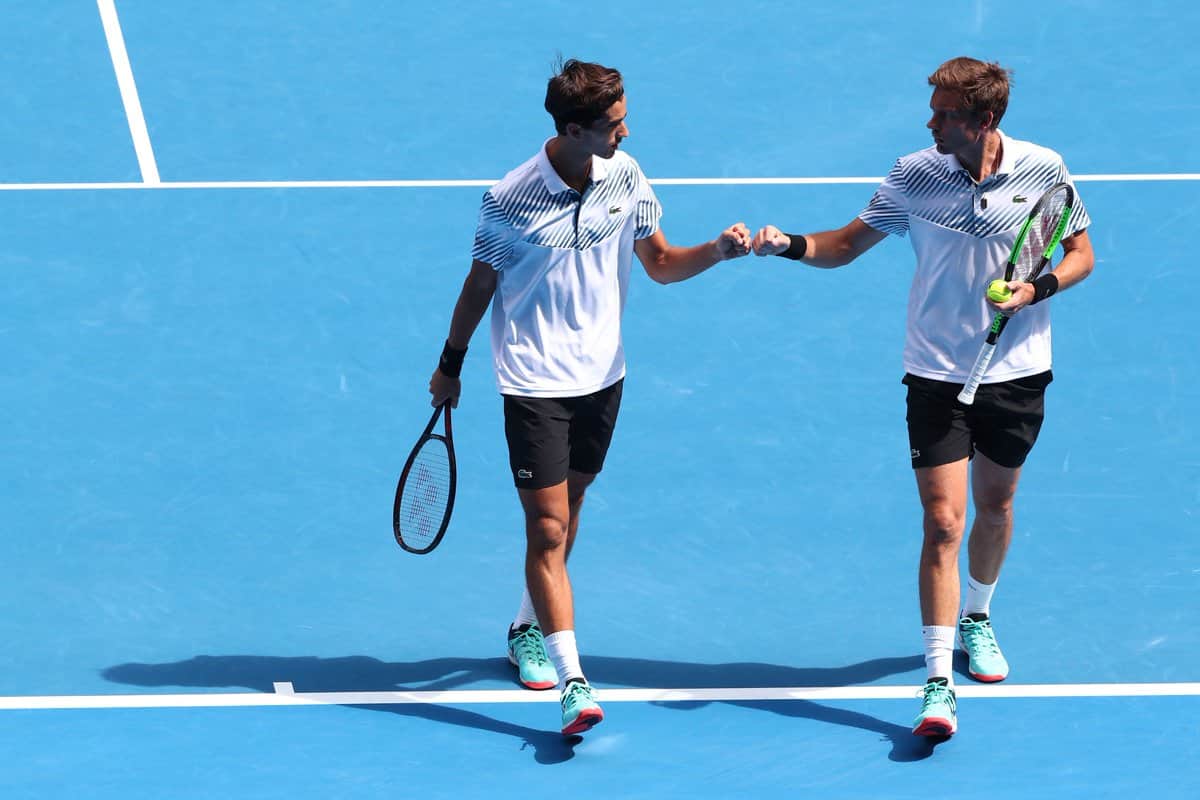 The French duo of Pierre-Hugues Herbert and Nicolas Mahut clinched their maiden Australian Open title after registering straight sets win in the finals of the men's doubles event at the Melbourne Park on Sunday.

Fifth-seed Herbert and Mahut swept aside 2017 champions Finn Henri Kontinen and local hope John Peers 6-4, 7-6 (1) in a thrilling summit showdown that lasted a little over one and a half hour at Rod Laver Arena.

In the opening set, the French pair had their only break point when they broke Kontinen's serve at 4-4 while Herbert continue to hold his nerves to seal the set.

Subsequently, the second set went on serve till Herbert and Mahut took the lead in the tie-breaker to eventually emerge out victorious.

With the win, Herbert and Mahut have become one of an elite group of just eight to bag doubles titles at all the four major tournaments. The duo had earlier won U.S. Open title in 2015, Wimbledon title a year later and French Open title in 2018.

The Frenchmen, who have now completed the career Grand Slam, are only the second pair from the country to clinch title in Australia after Michael Llodra and Fabrice Santoro, who scooped back-to-back crowns in 2003-04.