Rising Indian tennis star Sumit Nagal on Saturday booked her place in the semi-final of the ATP Challenger Campinas after seeing off Francisco Cerundolo of Argentina in straight sets in Campinas, Brazil on Saturday. 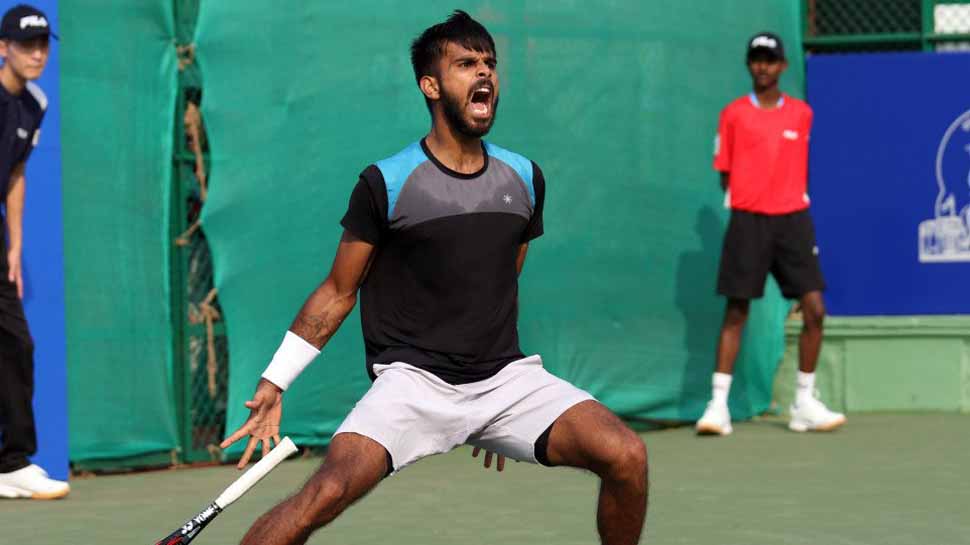 Rising Indian tennis star Sumit Nagal on Saturday booked her place in the semi-final of the ATP Challenger Campinas after seeing off Francisco Cerundolo of Argentina in straight sets in Campinas, Brazil on Saturday.

The 22-year-old, who bagged his maiden title at the Bengaluru Challenger event in 2017, brushed aside his Argentinian opponent 7-6 (2), 7-5 in a thrilling last-eight clash of the men's singles event of the tournament.

With the win, Nagal has now set up a place against another Argentinian Juan Ficovich for a place in the summit showdown.

Earlier this week, the Indian tennis star has climbed up 26 places to occupy 135th position in the latest rankings released by the Association of Tennis Professionals (ATP) after he brushed aside Facundo Bagnis of Argentina 6-4, 6-2 in the summit showdown of the Buenos Aires ATP Challenger clay event.

In August 2019, Nagal became the youngest Indian in 25 years to qualify for the main draw of the US Open after defeating Joao Menezes of Brazil 5-7, 6-4, 6-3 in qualification round.

Subsequently, Nagal went on to make an impressive Grand Slam debut at the US Open by clinching the first set against 20-time Grand Slam champion Roger Federer 6-4 in the opening round at Flushing Meadows.

However, Federer rebounded strongly and brought out his experience to win the next three sets and register a 4-6, 6-1, 6-2, 6-4 victory over the spirited 22-year-old from Jhajjar in Haryana in a thrilling first round of the men's singles event.