Jo Konta cantered into the semi-finals of the French Open on Tuesday, blitzing American Sloane Stephens 6-1 6-4. 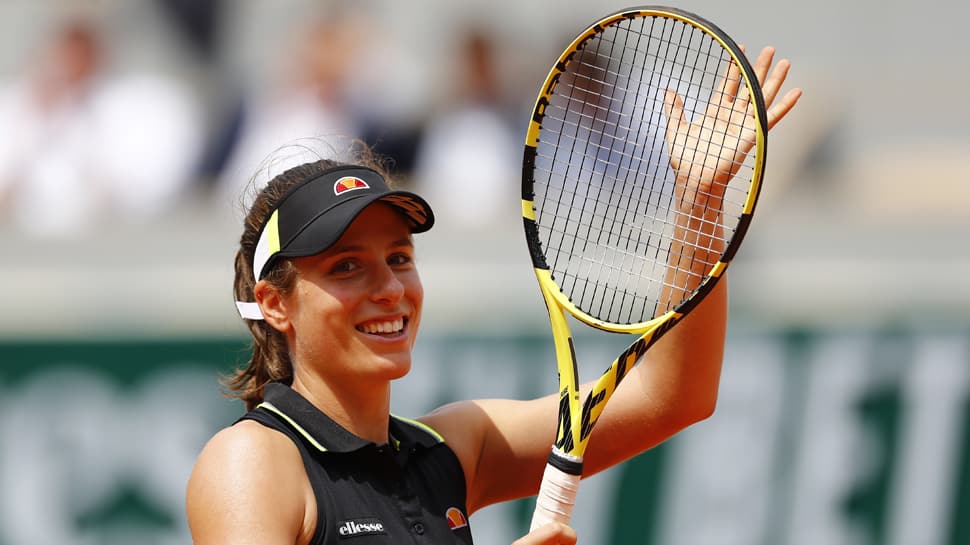 Jo Konta cantered into the semi-finals of the French Open on Tuesday, blitzing American Sloane Stephens 6-1 6-4 to become the first British woman into the last four in Paris since 1983.

It was a brutal performance, but one that left her feeling light of spirit: "I think happy more than anything," she smiled.

Swinging freely, the 28-year-old pummelled groundstrokes past her opponent to secure the victory in a little over an hour.

Konta, who had never won a match here before this year, will face either Petra Martic or Marketa Vondrousova for a spot in the final.

"I've always said that whenever I step out onto the court, I'm always going to have a chance," Konta said.

"I'm always going to have a shot. I don't think any player on tour can go on court against me and feel like they've definitely got it.

"I definitely back myself and my ability that way."

The last British woman to reach the final in Paris was Sue Barker, who lifted the trophy in 1976. Stephens refused to rule Konta out as a champion.