US Open 2017, Women's Singles final: Sloane Stephens vs Madison Keys – As it happened...

The all-American final was expected to be a tense fight, but with the higher ranked Keys committing 30 unforced errors, it ended with an one-sided match. 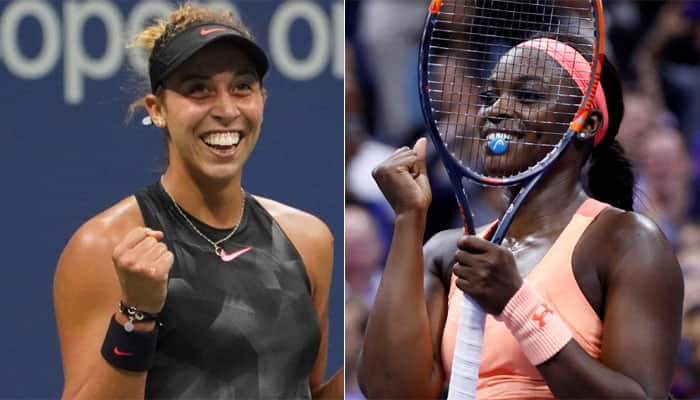 In an one-sided match, Sloane Stephens dismissed her American compatriot Madison Keys in straight sets, 6-3, 6-0 to win her maiden Grand Slam title in her first title shot. The match lasted just 61 minutes as the packed Arthur Ashe stadium witnessed the 24-year-old dictating every possible rally with her guile and tactics.

The all-American final was expected to be a tense fight, but with the higher ranked Keys committing 30 unforced errors, it ended with an one-sided match.

Stephens just committed just six unforced errors, and with her ten winners, she took complete control over Keys. The 15th seeded player interestingly had 18 winners. But those winners were eclipsed by an endless number of errors.

.@SloaneStephens is your 2017 #USOpen champion!

Serving to stay in the match, Keys took the first point with a backhand volley. But another unforced error followed. At 30-30, Keys long her forehand to give Stephens MATCH POINT in just 57 minutes. But a duece as Stephens committed a forehand error. Keys committed another unforced error, this time with a backhand slice down the line. Second MATCH POINT for Stephens.

Second deuce as Keys finally produced a forehand winner. Unbelievable from Keys. 19 shots in that rally. Keys then took advantage as Stephens hurried into the net. But it was followed by yet another unforced error, another backhand error.

Third duece of the game. Keys tried a forehand winner from tight angle, but it proved fatal. Third MATCH POINT for Stephens. Then, Keys committed another unforced error to give Stephens the title.

Sloane Stephens is the 2017 US Open Women's Singles champions. She took just 61 minutes to dismissed her friend.

It seemed like there's more fight left in Madison Keys. The 15th seed won the first two points, then raced to three break points by forcing a backhand error to her opponent. Stephens approached the net then her drop shot caught the line by a fraction to save one break point. A trail of forehand shots, but Stephens won with a winner down the line. Another break point saved. A duece. Stephens has got all the answers today. Saved the third break point with sliced forehard shot.

Advantage to the server as Keys crashed her forehand into the net. Then another duece as Keys won the next rally with a forehand. what a game this is turning out to be. Stephens won the next point with backhand volley. Then another unforced error from Keys. Stephens one game away from the big title.

Stephens has managed to construct her points using the huge vacant left court on the opposite side. She won third straight point with cracking backhand winner. Then, Keys comitted yet another forehand error.

Another break of service as Stephens took complete complete control of the match. Keys did everything she could but, there were unaccounted unforced errors in her game, 23 all together.

What a game from Stephens, coupled with Keys' mess. Three break points for Stephens, but Keys' saved one with a scorsching forehand. Then, and Ace down the T. It's third of the match. Needed more of those. But it never came as Stephens broke again, with a forehand winner.

Stephens started the second set sprightly, winning three points easily. But she needed to work hard with series of poor first serves, and even poorer second serves. But she managed to hold the serve on first advatange.

Stephens feasted on Keys' unforced errors, 17 in all. Keys had 10 winners against Stephens 2, but it all proved nothing more than mere numbers when committing those many errors.

Serving to stay in the game, took a 30-15 lead, but committed a forehand error. At 30-30, a long forehand from the server meant that Stephens has her first set point. Key also wasted a review. Set point saved by Keys with a cross court winner from the baseline. Advantage Key with another forehand winner. Then another duece, thanks to Keys' 15th unforced error. Pathetic forehand.

Though she had it but, Keys missed the line while going for near post, and second set point to Stephens. Then, Keys crashed her backhand reeturn into the net. Set to the 24 year-old Stephens.

Stephens just increased the tempo, producing huge groundstrokes from either side. At 40-0, both the players indulged in drop shots, but Keys won the point with a neat volley. A punishing forehard off the Stephens' second serve allowed Keys to stay in the game. But that's all she could do, as Stephens won the game thanks to Keys' backhand forced error.

Keys managed to hold the game thanks to a forced forehand error form Stephens on 40-30.

Stephens consolidated the lead by holding her own service game. Despite some jitters while serving, she managed to fend off Keys' attack. Keys continued to commit errors, has seven unforced errors to Stephen's none.

A series of unforced errors from Keys as Stephens won the game on love.

On serves at Arthur Ashe stadium. Keys hold her second serve. Another easy hold for her, with Stephens committing a forehand error on 15-40.

Stephens responed in style, winning on love. She managed to force a forehand forced error to her opponent.

01:51 AM IST: The national anthem is done, after a tribute to Billie Jean King. And it's match time.

There has been a lot of for all the these 2 have shown the crowd these past 2 weeks. It's almost time for the women's #USOpen final! pic.twitter.com/nyQYJEKEJY

01:24 AM IST: And here's what greatest of all, Serena Williams said about the finalists

There are NO words to describe how proud and how happy I am for @Madison_Keys keys and @SloaneStephens for making the US open finals.

01:22 AM IST: The world's biggest tennis stadium has a sold-out crowd today with more than 23,700 people attending the match.

01:20 AM IST: Today's winner will be the first American woman outside of the Williams sisters to claim a Grand Slam singles title since Jennifer Capriati at the 2002 Australian Open.

01:06 AM IST: Serena and Venus Williams were the last Americans to line up against each other in the US Open women's final in 2002. And HERE are all the interesting facts from this final.

60 years ago, Althea Gibson became the first African-American player to win the US Openhttps://t.co/h8hiG3x3Lq#usopen pic.twitter.com/nfLaHbm8Iv

12:40 AM IST: Meanwhile, Switzerland`s Martina Hingis and Britain`s Jamie Murray fought off a match point to defeat Hao-Ching Chan and Michael Venus 6-1 4-6 (10-8) to claim the Mixed Doubles title. The Swiss legend also has the chance to add the Women's Doubles title with partner Chan Yung-jan. The second seeds will take on seventh-seeded Czech pair of Lucie Hradecka and Katerina Siniakova later today. 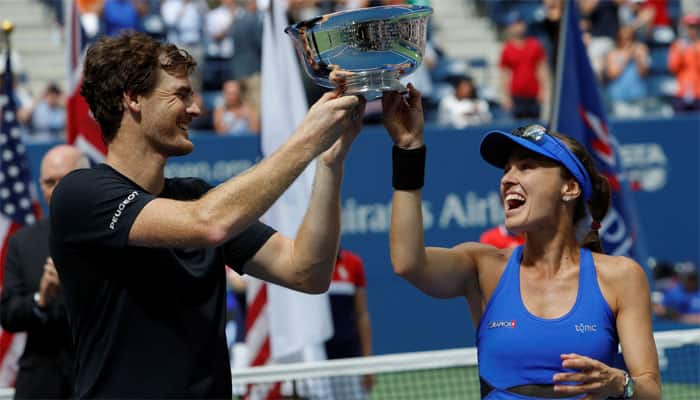 Sloane Stephens’ road to the final

Madison Keys’ road to the final

Seeding tells Keys, but Stephens, who has a 1-0 advantage in their head-to-head record. Stephens beat Keys in straight sets 6-4, 6-2; in the second round of Miami Open, 2015.

In an all-American final, friends Sloane Stephens and Madison Keys, will take on each other in their first ever Grand Slam summit clash. Both the players have struggled with serious injuries just months ago, but produced stunning displays to book a date with tennis history.

Unseeded Stephens, who missed 11 months with a left foot injury before returning in July, outlasted seven-time Slam champion Venus Williams 6-1, 0-6, 7-5 in the semis. 15th seed Keys, who had left wrist surgery for the second time in 10 months after a first-round French Open exit, routed fellow American and 20th seed CoCo Vandeweghe 6-1, 6-2 in 66 minutes to complete the first all-American US Open final since Serena Williams beat sister Venus in 2002.

In their shadows, many a great players have failed to reach the promised heights, but now, it's different for both Stephens and Keys. They are fortunate enough to compete at a time when the Williams sisters have shown visible wane in their respective games.

New Delhi: Welcome to our live coverage of US Open 2017, Women's Singles final between Sloane Stephens and Madison Keys.