Thousands of devotees took a holy dip on 'Mauni Amavasya' at ongoing Kumbh Mela in Praygaraj. 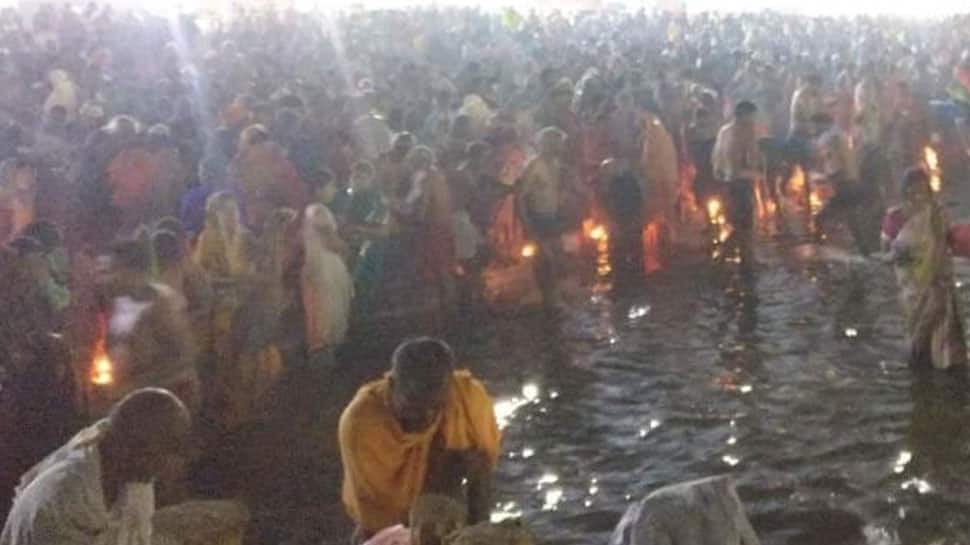 PRAYAGRAJ: Thousands of devotees from various parts of the world braved the cold and fog on Monday morning to take a holy dip in the Sangam - the confluence of three holy rivers Ganga, Yamuna and the mystical Saraswati - on the occasion of "Mauni Amavasya".

According to news agency ANI, lakhs of devotees started arriving at the Kumbh Nagar from Sunday and the entire place bustled with frantic activity as men, women, old and young, seers, religious leaders, and spiritual gurus led their disciples into the third royal bathing of Kumbh this year.

Thousands of devotees also took holy dip on the ghats of river Ganga in Varanasi and other cities on the occasion.

Heavy security arrangements have been made to ensure that there is no untoward incident.

The Kumbh Mela administration said that adequate security arrangements have been made in and around the Kumbh Nagar not only to ensure that no subversive element slipped into the crowd but also to guide the thronging millions and ensure their safety as they go to the river to take a dip.

The Kumbh Mela administration has also made elaborate security arrangement in view of the second Shahi Snan of Akharas on Monday.

According to the time table and sequence worked out by the Kumbh Mela Administration, Panchayati Akhada Mahanirvani will be the first in the order to go to the rivers to take the dip at a round 6:15 AM.

News agency ANI on also shared some more visuals of the ongoing Kumbh Mela at Prayagraj.

Prayagraj: #Visuals from #KumbhMela2019 ahead of second 'shahi snan' pic.twitter.com/h9NuOjXVIo

BSP, SP should have included Congress in UP alliance against BJP to finish the game: Yashwant Sinha