The national spokesperson of Bharatiya Kisan Union (BKY) Rakesh Tikait on Saturday (January 2) warned that the Uttar Pradesh government should declare the price value of sugarcane as soon as possible, otherwise there will be agitation in Lucknow. 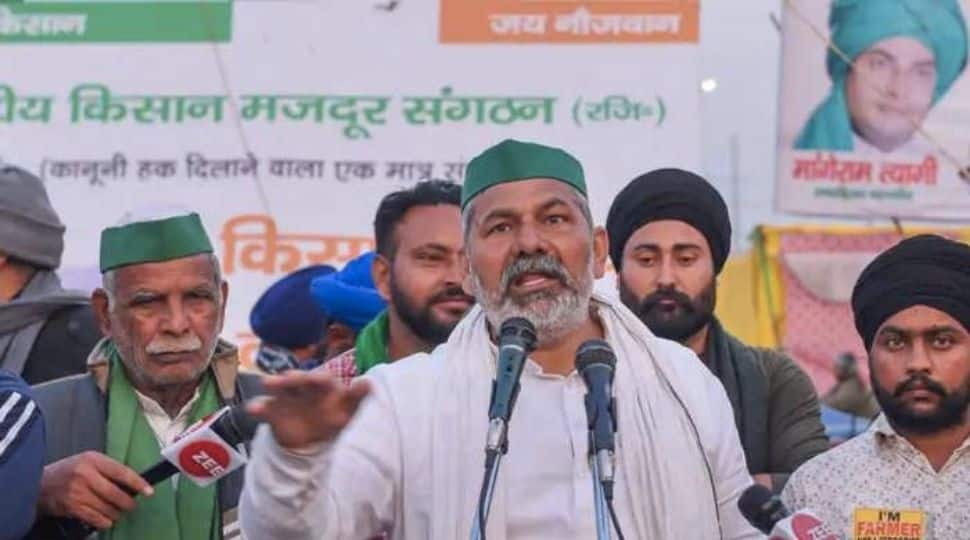 New Delhi: The national spokesperson of Bharatiya Kisan Union (BKY) Rakesh Tikait on Saturday (January 2) warned that the Uttar Pradesh government should declare the price value of sugarcane as soon as possible, otherwise there will be agitation in Lucknow.

Rakesh Tikait expressed his condolences on the suicide of Kashmir Singh Ladi, a 75-year old man from Uttar Pradesh. He said that “the government should not test the patience of the farmers. 47 farmers have lost their lives in the movement and this government should be ashamed of this.”

“In the upcoming talks between protesting farmer unions and the government on Monday (January 4), the minimum support price should be enacted and all three bills should be withdrawn otherwise, the movement will be intensified” he added.

“Uttar Pradesh government has warned that writing 000 on the sugarcane slip will not work. The government should declare the sugarcane price value in a week.” Tikait said while addressing the event.

“There is no product whose price value is declared after its sell. Sugarcane farmers are being looted in Uttar Pradesh.” He further added.

He added by saying that “Uttar Pradesh government should solve the issues of paddy and sugarcane farmers as earliest otherwise, the farmers will go on an indefinite siege in front of the Lucknow Legislative Assembly. Farmers will lead the movement with the do or die attitude.”

Rakesh Tikait stated that “The government should give financial assistance of Rs 10 lakh to the family of farmer Galan Singh Baghpat and Kashmir Singh Rampur who martyred on the Ghazipur border and give the immediate job to 1 dependent from his family.”

Will not take COVID-19 vaccine shot, it's made by BJP: SP chief Akhilesh Yadav