The post is winning the internet and the hearts of several Indians. "The dream lives on... the mission will be accomplished soon," it said while sharing the heartwarming tweet. 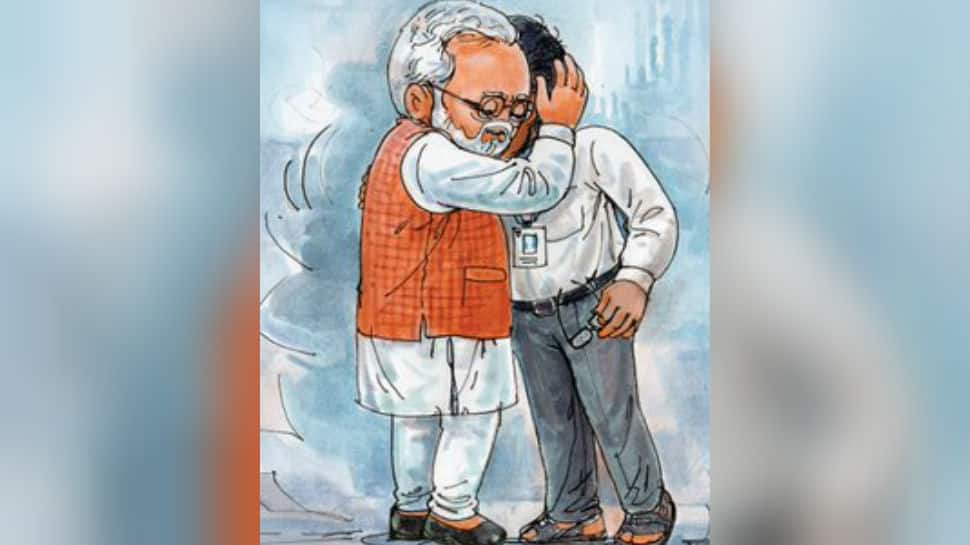 The post is winning the internet and the hearts of several Indians. "The dream lives on... the mission will be accomplished soon," Amul said while sharing the heartwarming tweet.

#Amul Topical: The dream lives on... the mission will be accomplished soon! pic.twitter.com/T3LSBjeena

Such a moving tribute. Isn't it?

"This is so special" and "What a moving tribute" are some of the comments posted on the tweet, which was shared on Monday. It has got over 8,000 likes and several retweets.

Chandrayaan-2's Vikram Lander lost contact with ISRO 2.1 km above the moon's surface. Chandrayaan-2 comprised of three parts - the Orbiter, Lander (Vikram) and Rover (Pragyan). The communication link between Vikram Lander and the moon orbiter was snapped as the former was descending towards the moon's South Pole early on Saturday.

PM Modi, who was present at ISRO center in Bengaluru, later addressed the scientists and encouraged them by saying that "there will be a new dawn and a brighter tomorrow very soon."

He asserted that ISRO's achievements over decades and that the attempt was a great feat achieved by the space agency and the whole nation was proud of its scientists.

On Sunday, ISRO announced that the location of Vikram Lander has been found. And, as per the latest development, Vikram Lander, which is carrying the Pragyan Rover, is intact as a "single piece" and not broken into pieces despite a hard landing.

However, there is no clarity on the exact condition of the Vikram Lander yet and it can be ascertained only when the communication is established.