A ladyfinger is traditionally known to have a green colour and sticky texture, but in an unusual development a farmer has now come up with a new red coloured variety. 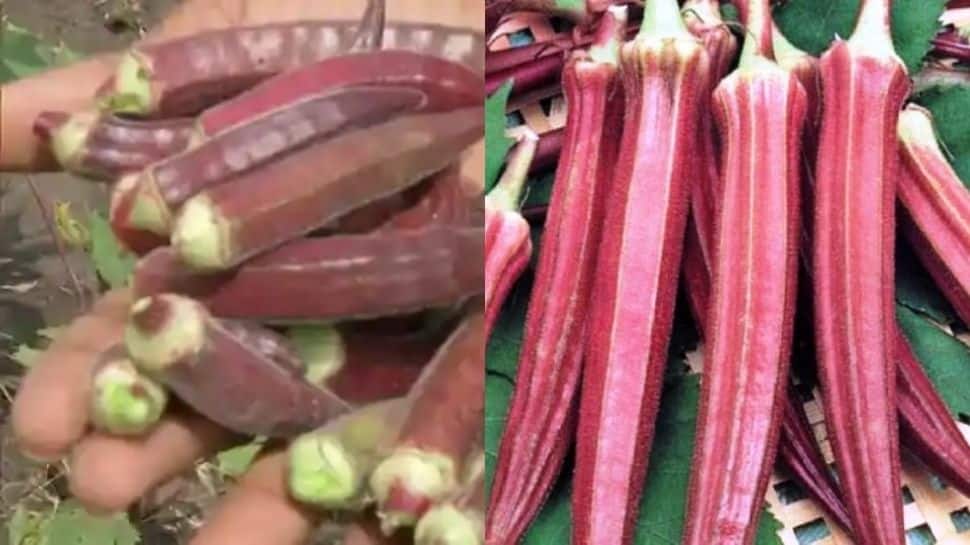 New Delhi: Bhindi, also known as Okra in hindi and ladyfinger in english, is one of the popular vegetables in Indian households and is known for its rich source of antioxidants and vitamins. A ladyfinger is traditionally known to have a green colour and sticky texture, but in an unusual development a farmer has now come up with a new red coloured variety.

Misrilal Rajput, a farmer from the Khajuri Kalan area in the Bhopal district of Madhya Pradesh, is growing red colored ladyfinger in his garden. While talking to ANI on Sunday (Septermber 6, 2021), he highlighted the benefits of his variant of ladyfinger.

"The ladyfinger that I grow is red in colour instead of its usual green colour. It is more beneficial and nutritious than green ladyfinger. It is extremely beneficial for people who are facing heart and blood pressure issues, diabetes, high cholesterol," he said.

On the process of cultivation, he said, "I had purchased 1 kg seeds from an agricultural research institute in Varanasi. I sowed them in the first week of July. In around 40 days, it started growing."

As per Rajput, no harmful pesticides were used during the cultivation of red ladyfinger. Rajput said that a minimum of 40-50 quintals and a maximum of 70-80 quintals could be grown on an acre of land.