A day after releasing the racist diss track against T-Series on YouTube, PewDiePie bounced back on the top. At the time of filing the story, Swedish gamer Felix Kjellberg's channel was 148,642 subscribers ahead of the record label. 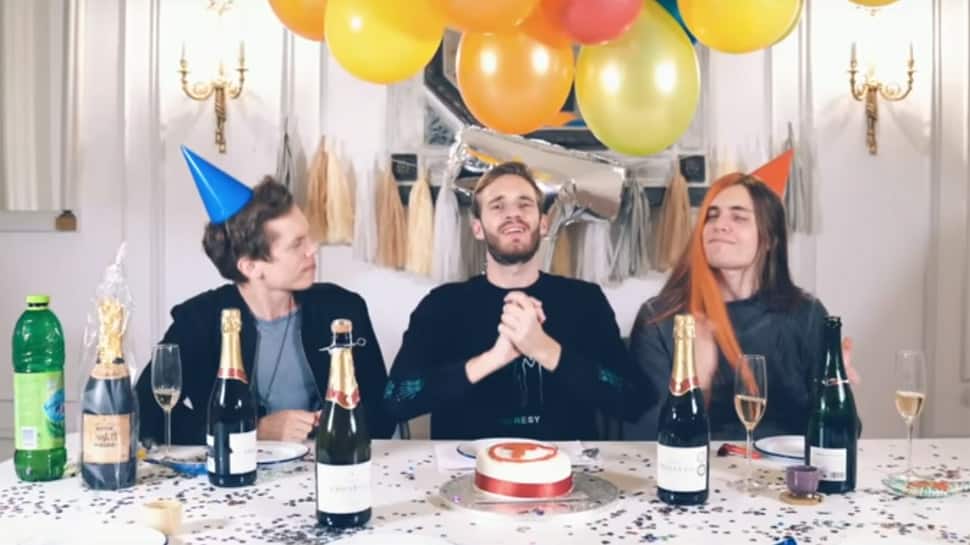 A day after releasing the racist diss track against T-Series on YouTube, PewDiePie bounced back on the top. At the time of filing the story, Swedish gamer Felix Kjellberg's channel was 148,642 subscribers ahead of the record label.

Pewds released a “Congratulations” video on Monday, where he attacks India's caste-system and accuses T-Series and its chairman Bhushan Kumar of song piracy and 'alleged evasion of huge tax'.

“India got YouTube figured out...How about next you figure how to fix the caste system... Maybe all those ads will solve your crippling poverty,” he says, adding a racist statement, “Indians are poo poo in their brains.”

Immediately after gaining a lead, PewDiePie tweeted “big lol” along with a screenshot of the subscribers' count.

A day before, PewDiePie had released another video  “We lost. (Not happy)”, where he conceded defeat against T-Series on Sunday.

"Let's get real here. T-Series have already passed. Let's just acknowledge the situation. It's over, okay? We ain't never gonna get to 100," PewDiePie noted.

While T-Series raced ahead of PewDiePie a couple of times in the past, it took a definitive lead earlier this month. Led by Bhushan Kumar, T-Series had just 30 million subscribers at the beginning of 2018 and rocketed to over 70 million in a short time. The meteoric rise was propelled by the introduction of new changes in Indian mobile and data service.

T-Series, a popular music and production house in India since the 1980s, has 29 TV channels in several Indian languages. It hosts some of the biggest Indian artists, drawing millions of views.