Shashi Tharoor smashing a coconut is a hit meme now, check out the best ones

Congress leader Shashi Tharoor was also impressed by the coconut smashing memes and shared some from his Twitter account on Wednesday (August 25). 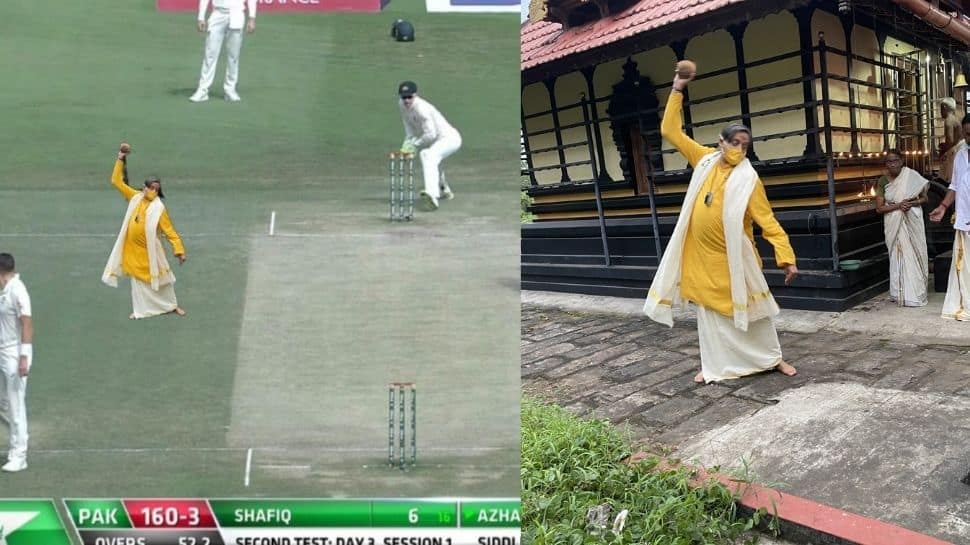 New Delhi: Congress leader Shashi Tharoor celebrated Onam this year with a lot of fervour and enthusiasm. What caught the netizens’ eye was his picture where he can be seen, dressed in a yellow kurta and white mundu, smashing a coconut.

In the tweet Tharoor shared on Saturday (August 21), he wrote about the coconut smashing ritual and said he prayed to ‘the Naga gods worshipped by all Nairs’. The image which soon became a viral meme is taken at the Elevanchery Bhagavathy Kshetram in Kerala, Tharoor wrote.

And then offered a “Niramala” at the Elevanchery Bhagavathy Kshetram a few minutes from my ancestral home (where I also smashed a ritual coconut & prayed to the Naga gods worshipped by all Nairs). #Onam blessings to all especially those suffering in these troubled times. pic.twitter.com/2rJuKVPEHl

Soon after the senior Congress leader, known for his social media presence, posted his pictures, memers grabbed the opportunity to share some hilarious takes on the coconut smashing image. From cricket pitch to a tea seller, Tharoor’s coconut smashing pose became a favourite of the internet.

Not just us, the Congress MP was also impressed by the memes and shared some from his Twitter account on Wednesday (August 25).

Appreciating Tharoor’s sense of humour, who himself shared most of the memes, a user commented, “I love the way how he takes all funny memes/comments, love his nature. Other politicians can learn from him.”