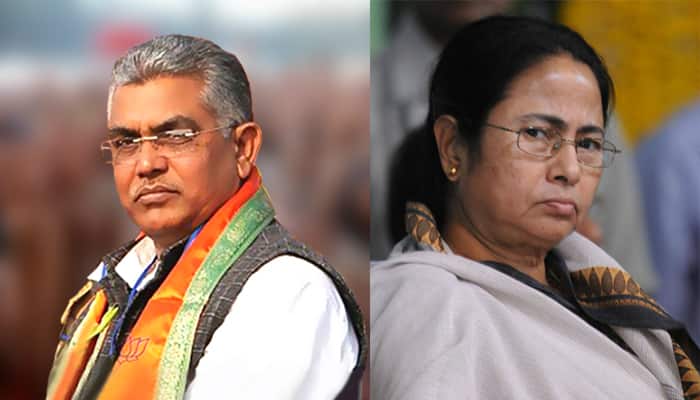 Kolkata: Mamata Banerjee-led Trinamool Congress emerged victorious in all of the 20 Zilla Parishads by Friday morning. The party is well on its way to register a massive victory in the West Bengal Panchayat Poll results. The party has already won 29,585 seats in the Gram Panchayat elections and 3315 seats in Panchayat samiti. It is leading from a large number of seats. The BJP which won 5,636 seats and leading in 21 seats emerged as the second largest party.

State Election Commission (SEC) sources said the TMC was ahead in another 148 gram panchayat seats for which counting was in progress.

The Communist Party of India (Marxist) slipped to the third position from the second place it had occupied in the last panchayat polls in 2013. It won 1,118 gram panchayat seats and was ahead in another 10, the sources said.

The Congress is at the fourth position by winning 634 gram panchayat seats.

A jubilant TMC said the result would boost the party ahead of next year's Lok Sabha election as the rural poll was the last major electoral event in the state before it.

Meanwhile, the BJP said that Bengal rural polls results will act as would act as a morale booster for the party's rank and file.

A three-tiered security system has been laid outside each of the 291 counting centres, with armed security personnel guards. Section 144 has been implemented within 200 meters of the counting center.

The State Election Commission (SEC) has emphasised on finishing counting within two to three rounds. Extra tables have been laid out in each centre for the same.

In Jalpaiguri, a BJP worker claimed that he was attacked by TMC workers and his house was also vandalised.

BJP worker alleges he was attacked by TMC workers and his house was also vandalised, in West Bengal's Jalpaiguri. pic.twitter.com/CmUdFJEIBd

Attacking Prime Minister Narendra Modi over his criticism of her government over the violence during panchayat elections, Bengal Chief Minister Mamata Banerjee said, "We never expected the prime minister to speak in this manner... The prime minister has spoken against us but I have not reacted because of courtesy. He has spoken on whatever he was briefed by the BJP workers without crosschecking facts."

The CPIM on Thursday held a demonstration on a busy road in Kolkata during office hours, demanding that the police hand over bodies of a couple who were burnt to death in South 24 Parganas district, hours before panchayat election in West Bengal on Monday, police said. The CPI(M) blocked the crossing of Chittaranjan Avenue which connects north Kolkata with the heart of the city and Mahatma Gandhi Road that leads to Howrah railway station , creating a major traffic jam. Altogether 111 demonstrators, including 31 women, were arrested and all of them were released later on personal bonds, an official at the Kolkata Police Headquarter said.

West Bengal Chief Minister Mamata Banerjee on Thursday accused the BJP of bringing miscreants from neighbouring Jharkhand and Bangladesh to cause unrest in Bengal during the state Panchayat polls and questioned the role of Border Security Force (BSF) in this regard. "West Bengal shares border with Jharkhand. BJP is in power in Jharkhand. Several of our districts also share borders with Bihar and Bangladesh. Why people were brought in from Bangladesh on the polling day?" Banerjee told IANS.