As August 31 deadline nears, US says it has evacuated over 82K people from Afghanistan so far

“Since August 14th, more than 82,300 people have been safely flown out of Kabul. In the 24-hour period from Tuesday to Wednesday, approximately 19,000 people were evacuated on 90 US military and coalition flights. Only the US could organise and execute a mission of this scale and this complexity," Blinken said. 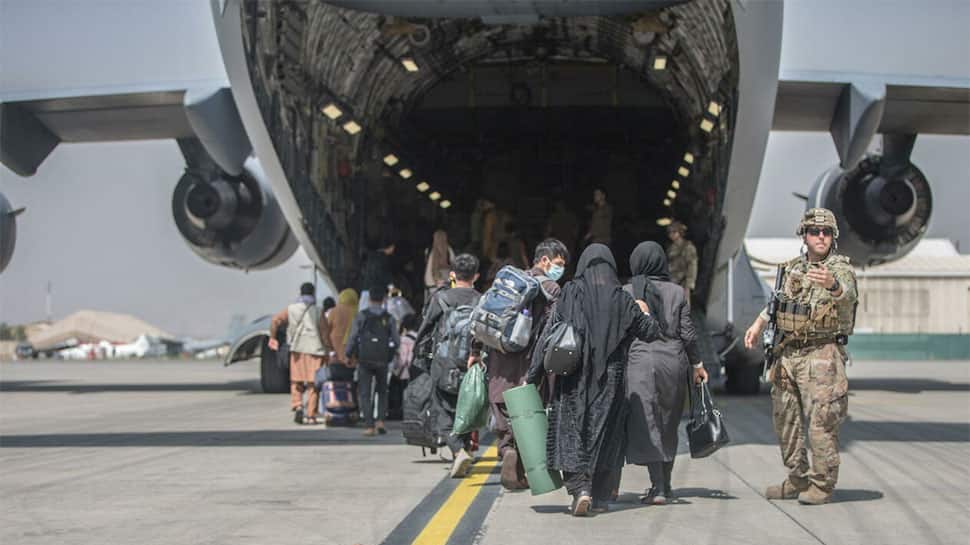 Washington: The US has so far evacuated over 82,000 people from Kabul, with about 19,000 in the last 24 hours alone, in "one of the largest" airlifts in world history, Secretary of State Antony Blinken has said.

Starting on August 14, the day when the Taliban toppled the US-backed Afghanistan government, there were 6,000 American citizens in the war-torn country who wanted to leave.

Over the last 10 days, roughly 4,500 of these Americans have been safely evacuated along with their immediate family members, Blinken told reporters here on Wednesday.

“Since August 14th, more than 82,300 people have been safely flown out of Kabul. In the 24-hour period from Tuesday to Wednesday, approximately 19,000 people were evacuated on 90 US military and coalition flights. Only the US could organise and execute a mission of this scale and this complexity," he said.

Blinken said, "This is one of the largest airlifts in history, a massive military, diplomatic, security, and humanitarian undertaking."

"Over the past 24 hours, we've been in direct contact with approximately 500 additional Americans and provided specific instructions on how to get to the airport safely," he said, adding that the US is aggressively reaching out to the remaining roughly 1,000 contacts.

Noting that the US is operating in a hostile environment in a city and country now controlled by the Taliban, with the very real possibility of an ISIS-K attack, the secretary said the US is taking every precaution, but this is very high-risk.

The US is "on track" to complete its mission by August 31 provided the Taliban continue to cooperate and there are no disruptions to this effort, Blinken said, adding that President Joe Biden has also asked for contingency plans "in case he determines that we must remain in the country past that date".

“But let me be crystal-clear about this: There is no deadline on our work to help any remaining American citizens who decide they want to leave to do so, along with the many Afghans who have stood by us over these many years and want to leave and have been unable to do so. That effort will continue every day past August 31," he asserted.

Blinken said the Taliban have made public and private commitments to provide and permit safe passage for Americans, third-country nationals and Afghans at risk going forward past August 31.

“The US, our allies and partners, and more than half of the world's countries, 114 in all” issued a statement making it clear to the Taliban that they have a responsibility to hold to that commitment and provide safe passage for anyone who wishes to leave the country, not just for the duration of our evacuation and relocation mission, but for every day thereafter,” he said.

“We are developing detailed plans for how we can continue to provide consular support and facilitate departures for those who wish to leave after August 31. Our expectation, the expectation of the international community, is that people who want to leave Afghanistan after the US military departs should be able to do so. Together we will do everything we can to see that that expectation is met,” Blinken said.