Boris Johnson is on course to win Thursday`s election comfortably, giving him the numbers in parliament needed to pass his Brexit divorce deal next month, according to an exit poll on Thursday. 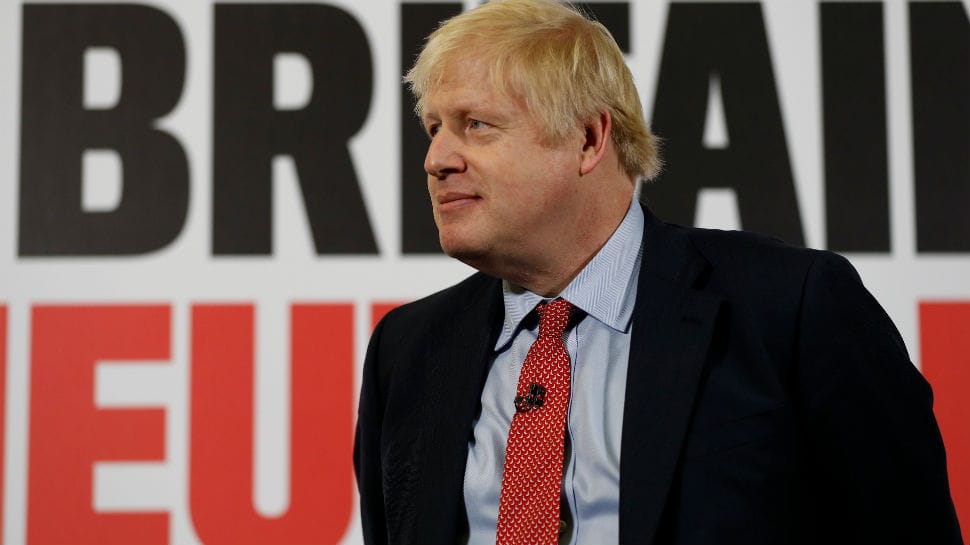 LONDON: British Prime Minister Boris Johnson is on course to win Thursday`s election comfortably, giving him the numbers in parliament needed to pass his Brexit divorce deal next month, according to an exit poll on Thursday.

Below is early reaction:

"I hope you enjoy a celebration tonight," he said in an email to party members. "You powered this campaign. We couldn’t have done it without you."

"We`ll see the results in the morning and then decision will be made."

Asked if it was now over for him and Labour leader Jeremy Corbyn, McDonnell said: "Let`s see the results themselves, as I say the appropriate decisions will be made."

"It`s unquestionable that Labour`s policies are popular. Every poll shows it, and there is absolutely no appetite to go back to the centrist policies of old. But in this election we were squeezed by Brexit and it was the defining issue."

"Does it get Brexit done? No. I think we`re going to head into three years of pretty agonising negotiations."

"It`s a lovely and toxic combination of the fact that the message in Stoke-on-Trent that`s been heard by the voters is that the Labour Party tried to stop Brexit."

Asked if it was time for Corbyn and his finance chief John McDonnell to go, Snell replied: "Yes".

"It means the UK is likely to leave the EU smoothly at the end of January. More importantly, it will give the prime minister the breathing space to extend the transition period."

"People who under-owned UK assets for years are going to look at sterling and say now it’s time to get involved."

"That would be a phenomenal victory for the Conservative Party and Boris Johnson will feel completely vindicated with the gamble that he took. That would be an absolutely dramatic victory."

"If that is the case then obviously it`s a devastating result for us."

"Getting Brexit done is the priority. The deal is there. It is good to go. We need to move forward. We are not waiting. We want to end this paralysis.

"Let’s be clear: a majority for Boris Johnson tonight would engulf the UK in a fresh crisis. There is no Brexit deal, only an agreement to talk about a deal in the future."

We don't comment on bilateral agreements: US on reports of Pakistan misusing F-16 jets