Brexit setback for May: Speaker rules she must change her plan to get another vote

Speaker John Bercow said the government could not bring forward proposals for a vote that were substantially the same as had already been defeated twice before, in January and last week. 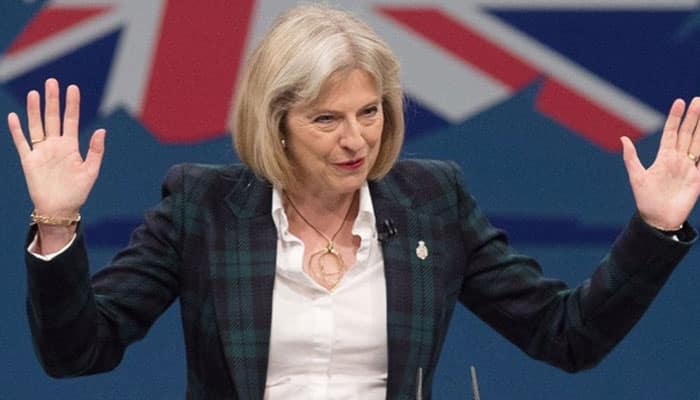 LONDON: Prime Minister Theresa May`s Brexit plans were thrown into turmoil on Monday when the speaker of parliament said she could not put her divorce deal to a new vote unless it was re-presented in a substantially different form.

Speaker John Bercow said the government could not bring forward proposals for a vote that were substantially the same as had already been defeated twice before, in January and last week.

According to precedents stretching back to 1604, parliamentary rules say that substantially similar proposals cannot be presented for a vote more than once during the same session of parliament.

Bercow said his ruling should not be considered the last word on the matter and the government could bring forward a new proposition that was not the same as had already been voted on.

The pound fell to its days low against the euro and the dollar.

"This is my conclusion: if the government wishes to bring forward a new proposition that is neither the same, nor substantially the same as that disposed of by the house on the 12th of March, this would be entirely in order," he said.

Earlier on Monday it had appeared that May was winning some support for Brexit deal, but Bercow`s ruling will leave the prime minister scrambling for options.

As it stands, Britain is due to leave the EU on March 29. But parliament has voted for a delay and May is expected to seek an extension to that deadline when she meets EU leaders at a summit on Thursday.

To add to her problems, May appeared unlikely to reach agreement this week on her Brexit plans with the Democratic Unionists, the small Northern Irish party whose support is vital if she is to get her EU departure deal through parliament.

May had earlier warned lawmakers that unless they approve her Brexit divorce pact, Britain`s exit from the EU could face a long delay which many Brexiteers fear would mean Britain may never leave.

After two-and-a-half years of negotiations with the EU, the final outcome remains uncertain - with options including a long delay, exiting with May`s deal, a disorderly exit without a deal or even another EU membership referendum.

May`s blueprint, an attempt to retain close trading and security ties with the EU while leaving the bloc`s formal political structures, was defeated by 230 votes in parliament on Jan. 15, and by 149 votes on March 12.