After a special sitting of parliament, lawmakers voted by 286 to 344 against May`s 585-page EU Withdrawal Agreement, agreed after two years of tortuous negotiations with the bloc. 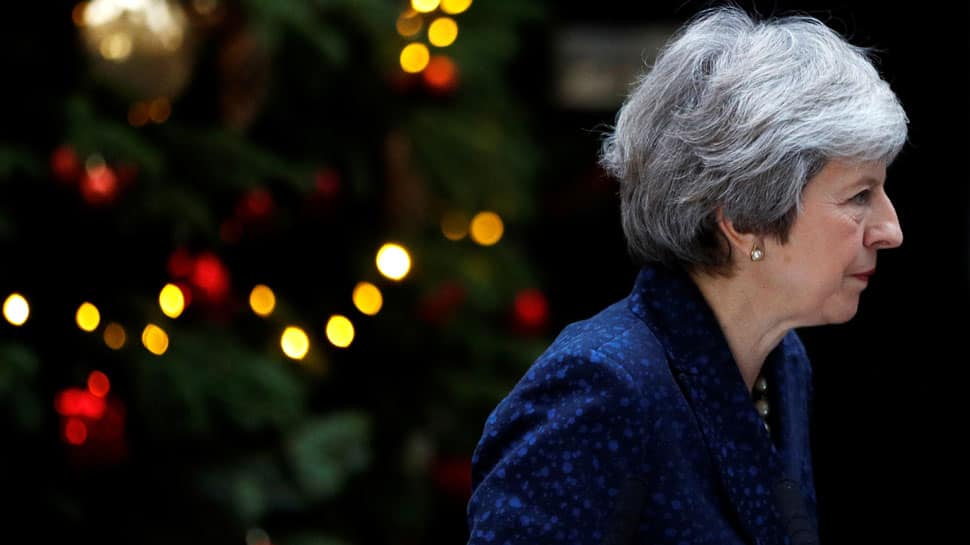 LONDON: Lawmakers rejected Prime Minister Theresa May`s Brexit deal for a third time on Friday, sounding its probable death knell and leaving Britain`s withdrawal from the European Union in turmoil on the very day it was supposed to leave the bloc. The decision to reject a stripped-down version of May`s divorce deal has left it totally unclear how, when or even whether Britain will leave the EU, and plunges the three-year Brexit crisis to a deeper level of uncertainty.

After a special sitting of parliament, lawmakers voted by 286 to 344 against May`s 585-page EU Withdrawal Agreement, agreed after two years of tortuous negotiations with the bloc. May had told parliament the vote was the last opportunity to ensure Brexit would take place and cautioned that if the deal failed, then any further delay to Brexit would probably be a long one beyond April 12.

"There are those who will say: `The House has rejected every option so far, you`ll probably lose so why bother?` I bother because this is the last opportunity to guarantee Brexit," May told the House of Commons. "If we do not vote for this motion today, people will ask: `Why did you not vote for Brexit?`"

Sterling, which has been buoyed in recent weeks by hopes that the likelihood of an abrupt `no-deal` Brexit is receding, fell. [GBP]. It was the third failure for May, who had offered on Wednesday to resign if the deal passed, in a bid to win over eurosceptic rebels in her Conservative Party who support a more decisive break with the EU than the divorce her deal offers. It leaves May`s Brexit strategy in tatters; her strongly pro-Brexit trade minister, Liam Fox, had said Friday represented the last chance to "vote for Brexit as we understood it".

The deal had twice been rejected by huge margins and, although May was able to win over many Conservative rebels, a hardcore of eurosceptics and the Northern Irish Democratic Unionist Party, which props up her minority government, refused to back it. On Monday, lawmakers who have tried to grab control of the process will attempt to agree on an alternative Brexit plan that could command majority cross-party support in parliament, something largely unheard-of in Britain`s political system.

The defeat means Britain now has until April 12 to convince the 27 capitals of the EU that it has an alternative path out of the impasse, or see itself cast out of the bloc from that date with no deal on post-Brexit ties with its largest trading ally. Many eurosceptics see this as their preferred option but businesses say it would cause huge damage not only to the world`s fifth-biggest economy but also to that of neighbouring Ireland.

However, any further extension would not only require Britain to take part in European Parliament elections in May, but also bring months of fresh uncertainty.

A second referendum could then be in play, although many lawmakers believe the most likely outcome and the only way to solve the crisis will be a snap election.

The 2016 referendum vote to leave the EU revealed the United Kingdom divided over many more issues, and has provoked impassioned debate about everything from secession and immigration to capitalism, empire and what it means to be British. Meanwhile, the uncertainty around Brexit, the United Kingdom`s most significant political and economic move since World War Two, has left allies and investors aghast.

Opponents fear Brexit will make Britain poorer and divide the West as it grapples with both the unconventional U.S. presidency of Donald Trump and growing assertiveness from Russia and China. Supporters say that, while the divorce might bring some short-term instability, in the longer term it will allow the United Kingdom to thrive if cut free from what they cast as a doomed attempt to forge European unity.