Had prior information of attack but we didn't take adequate precautions: Sri Lankan PM

The deadly attacks forced the Sri Lankan government to declare a curfew in Colombo and block access to social media and messaging sites. 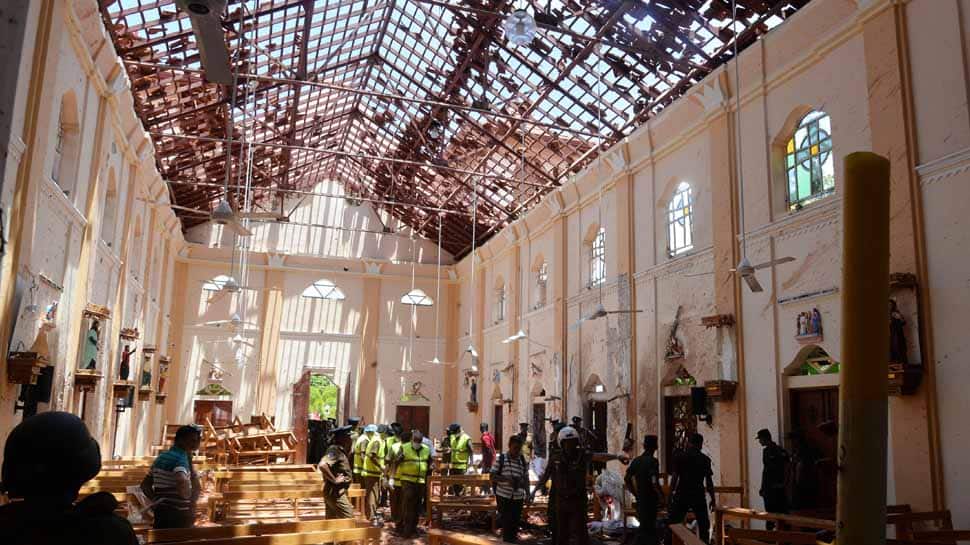 COLOMBO: At least 207 people were killed and 450 others injured in bomb blasts that ripped through three churches and three five-star hotels in Sri Lankan capital Colombo on Sunday morning. While the country was already on high alert, two more explosions were reported from around Colombo, taking the total number of blasts during the day to eight.

Hours after the attack, Sri Lankan Prime Minister Ranil Wickremesinghe admitted that the government had some "prior information of the attack" but there was no 'adequate response' from their side. "Altogether, we have information of 207 dead from all hospitals. According to the information, as of now, we have 450 injured people admitted to hospitals," Police spokesman Ruwan Gunasekera told reporters.

The deadly attacks forced the Sri Lankan government to declare a curfew in Colombo and block access to social media and messaging sites. Sri Lankan Airlines has issued notice for passengers travelling during curfew, which will remain in place till 6 am on April 22. Seven people have been arrested so far in connection with the blasts probe.

Reuters reported that at least 27 of the dead were foreigners, including three Indians, five from the UK, three from Denmark, two from Turkey and two of whom had dual US citizenship. US Secretary of State Mike Pompeo said US nationals were also killed in the attacks but he stopped short of revealing the details of the deceased.

So far, no group has claimed responsibility for the attacks but it is learnt that the Sri Lankan agencies are probing the international links of a local group which may have carried out the dastardly attacks. Prime Minister Ranil Wickremesinghe has urged the people to not propagate unverified reports and assured everyone that steps are being taken by the government to contain the situation.

According to Reuters, police special task force and military have been ordered by President Maithripala Sirisena to investigate the case and find out the group which was responsible for carrying out the attacks.

The blasts in the churches occurred when people had gathered for prayers on Easter Sunday. The attackers targeted places which are frequented by tourists in Sri Lanka.

Earlier, External Affairs Minister (EAM) Sushma Swaraj had tweeted that at least three Indians are among those killed in Sri Lanka blasts. In her tweet, the Minister said that the Indian High Commission in Colombo has conveyed to the Government of India citing the National Hospital, Colombo about the death of three Indian nationals.

Prime Minister Narendra Modi strongly condemned the string of deadly blasts in Sri Lanka and offered full help to the Island nation in its times of crisis and stated that ''there is no place for barbarism in the region''.

PM Modi also called up his Sri Lankan counterpart and Sri Lankan President to convey his heartfelt condolences over the loss of over 200 lives in the cowardly attacks.