H&M has been accused of being racist for using a black child to model for the sweatshirt. 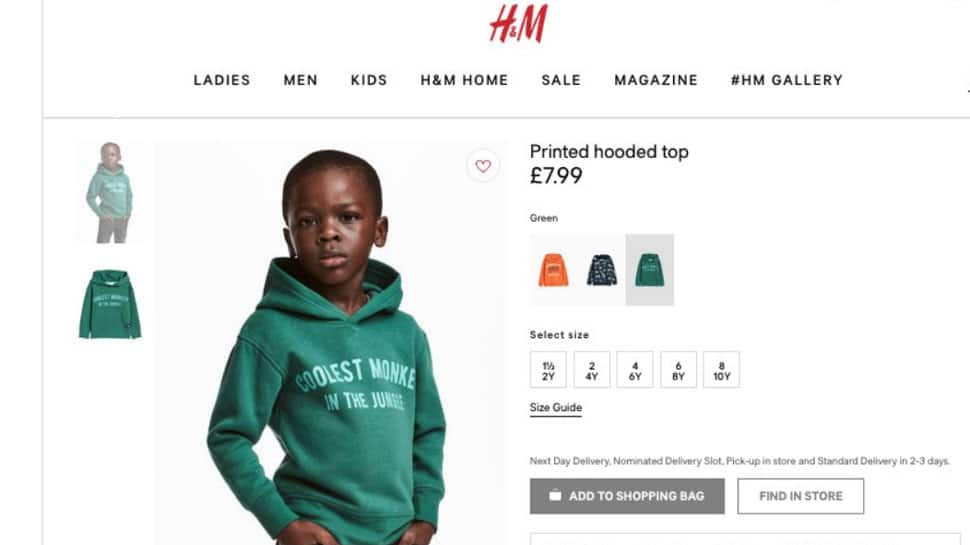 Stockholm: Global fashion retailer H&M had to apologise on Monday after it was accused of being racist for using a black child to model a sweatshirt with a "coolest monkey in the jungle" slogan.

After facing ire of hundreds of people on social media, the company removed the ad from its website. It continues to sell the hooded top online.

"This image has now been removed from all H&M channels and we apologise to anyone this may have offended," said H&M (HNNMY) spokeswoman Anna Eriksson.

"In the year 2018, there's no way brands/art directors can be this negligent and lack awareness.... We have to do better," designer Alex Medina said on Twitter.

It is not for the first time that a popular brand has come under fire over racist advertising. In October last year, Unilever-owned Dove was also forced to apologise for a social media post that showed a black woman and read "missed the mark".

The post showed an image of a black woman removing her brown t-shirt to turn into a white woman.

In April 2018, Nivea, part of German skincare group Beiersdorf (BDRFF), had to remove an ad that ran with a slogan "white is purity", after facing severe criticism on social media.