NASA to explore Saturn's moon Titan for signs of life, to send Dragonfly drone in 2026

The US space agency NASA announced on Thursday that it will launch a spacecraft in 2026 to explore the richly organic world of Titan, an analogue to the very early Earth. 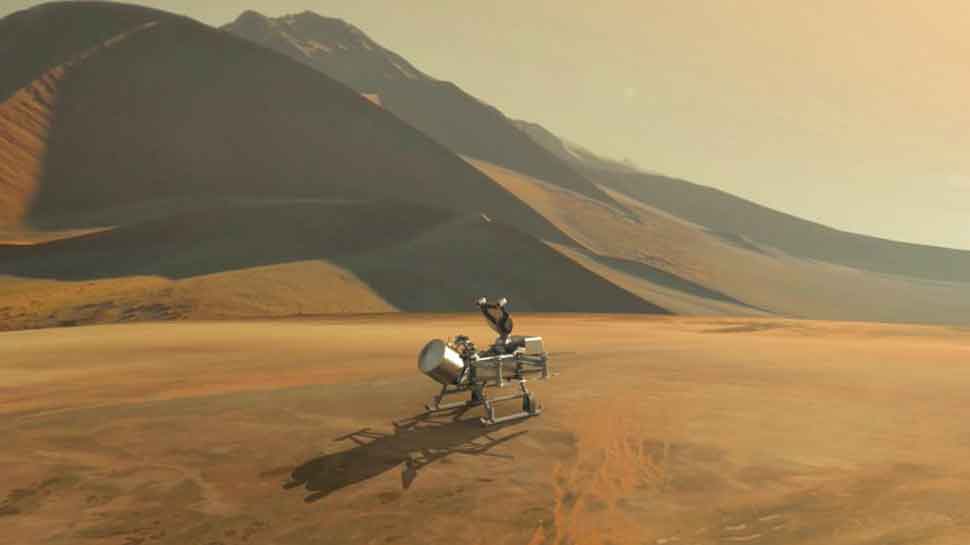 Washington: The US space agency NASA announced on Thursday that it will launch a spacecraft in 2026 to explore the richly organic world of Titan, an analogue to the very early Earth.

A rotorcraft called "Dragonfly" will arrive at the Saturn`s moon in 2034, looking for prebiotic chemical processes common on both Titan and Earth, which may lend clues to how life may have arisen on Earth, the Xinhua news agency reported quoting NASA.

Why Titan? This ocean world is unique in the solar system, with organic compounds that could teach us about the origin of life itself. More: https://t.co/xP0QBwmyrV pic.twitter.com/Tmy3uYuxuK

Titan, the second largest moon in the solar system, is an icy world whose surface is completely obscured by a nitrogen-based golden atmosphere, four times denser than Earth`s.

Fly, #Dragonfly, fly! Our next destination in the solar system is Saturn’s largest moon, Titan, where our rotorcraft-lander will explore dozens of locations across the icy world. Discover why: https://t.co/GhopCqDjx4 pic.twitter.com/55AilAZ4ar

Dragonfly, a drone-like spacecraft with eight rotors, will explore Titan`s diverse environments from organic dunes to the floor of an impact crater where liquid water and complex organic materials key to life once existed together for possibly tens of thousands of years.

The instruments on the spacecraft will search for chemical evidence of past or extant life, according to NASA.

"Dragonfly will visit a world filled with a wide variety of organic compounds, which are the building blocks of life and could teach us about the origin of life itself," said Thomas Zurbuchen, NASA`s associate administrator for science.

The rotorcraft will hop on the moon`s surface in a series of leapfrog flights of up to eight km in order to take samples in diversified locations. It will eventually fly more than 175 km and become the first vehicle ever to fly its entire science payload to new places for repeatable and targeted access to surface materials.

"It`s remarkable to think of this rotorcraft flying miles and miles across the organic sand dunes of Saturn`s largest moon, exploring the processes that shape this extraordinary environment," said Zurbuchen.