In his tweet, Major General Asif Gafoor praised terrorists Buhran Wani and said that nothing comes without commitment, dedication and sacrifices. 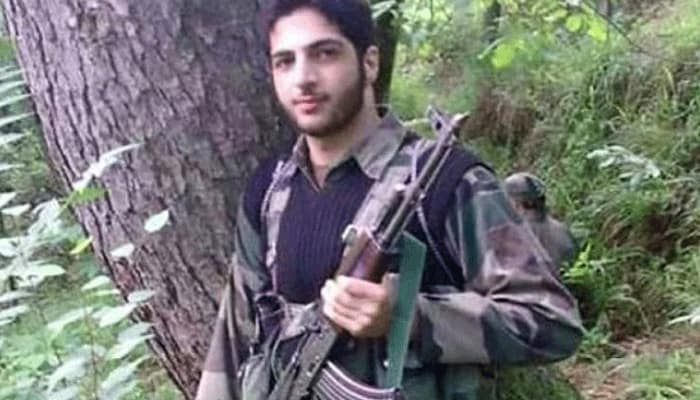 In yet another confession by Pakistan that it harbours terrorists and promotes terrorism in India, Pakistan Army spokesperson Major General Asif Ghafoor on Monday posted a tweet calling Hizbul Mujahideen terrorist Burhani Wani a 'hero'.

In his tweet, Major General Gafoor said that nothing comes without commitment, dedication and sacrifices. He hailed slained terrorist Burhan Wani by saying that heroes sacrifice their lives today in order to give a better tomorrow to next generations.

"Nothing comes without commitment, dedication and sacrifices. Heroes do it at the cost of their today for better tomorrow of next generations," he tweeted.

Nothing comes without commitment, dedication and sacrifices. Heroes do it at the cost of their today for better tomorrow of next generations. #BurhanWani #JusticeForKashmir pic.twitter.com/DwU8nTbKWW

It may be recalled that in 2017, Pakistan Army Chief General Qamar Javed Bajwa had praised Wani, stating that his death "infused a new spirit in the struggle for freedom" in the Kashmir Valley.

Meanwhile, the separatists in Jammu and Kashmir have called for a complete shutdown in the Valley on Monday on the third death anniversary of Wani. As a precautionary measure to avoid any incident of violence, security forces have kept senior separatist leaders under house arrest.

Hurriyat (moderate) chairman Mirwaiz Umar Farooq, Tehrik Hurriyat chairman Syed Ali Shah Geelani, separatist leader Hilal War, among others have been kept under house arrest in the wake of the call for shutdown. While there is heavy deployment of forces across the Valley, restrictions have also been put at several places, including the downtown area of Srinagar.

A conglomerate of separatist parties, Joint Resistance Leadership (JRL), had appealed to people of Jammu and Kashmir to observe a complete shutdown to mark the death anniversary of Hizbul Mujahideen terrorist.

Burhan Wani was killed by security forces in an encounter on July 8, 2016. His killing had triggered protests in several parts of Jammu and Kashmir and at least 85 were killed in protests that followed his killing.

Nuclear War or Third World War? Here's how USA plans to retaliate if Russia nukes it