Mike Pence used his speech to announce new and tougher economic and diplomatic sanctions on Venezuela. 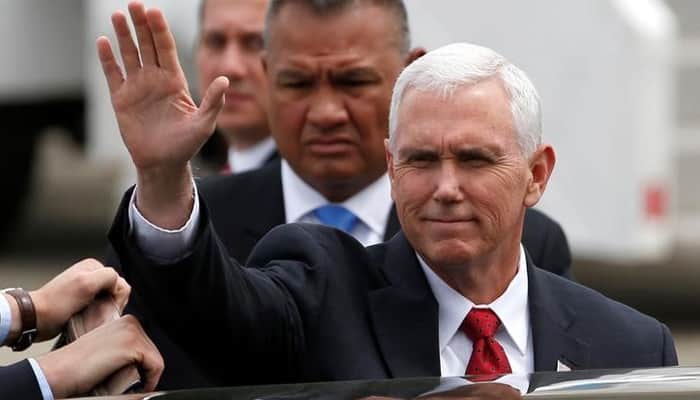 Bogota: US Vice President Mike Pence has said that whoever threatens Colombia for its defence of the opposition leader who claims to be the legitimate Venezuelan President will have Washington to deal with.

"Let me take this opportunity to say to all those who would threaten our friend for taking a bold stand in defence of democracy in Venezuela, know this: Colombia is our strongest partner in the region, and any who would threaten her sovereignty or security would do well not to test the commitment to our ally or the resolve of the USA," Pence said on Monday during a meeting in Bogota of the Lima Group, an association of Latin American countries supporting the Venezuelan opposition, Efe news reported.

Pence used his speech to announce new and tougher economic and diplomatic sanctions on Venezuela. "We have imposed sanctions on more than 50 top officials as well as on Venezuela`s state-owned oil company, PDVSA, to stop Maduro`s cronies from enriching themselves at the expense of the Venezuelan people," the vice president said.

Pence added that "in the days ahead," the Trump administration will impose "even stronger sanctions on the regime`s corrupt financial networks," and that "we will find every last dollar they have stolen and work to return it to the Venezuelan people." Similarly, Pence urged the Venezuelan military on Monday to "take up the banner of democracy" and support the self-proclaimed acting head of state, Juan Guaido.

"To all of those in the armed forces of Venezuela today, we say: If you take up the banner of democracy, President Guaido`s government and the US government will welcome your support and grant relief from the sanctions that have been placed," he said.

Pence stressed in his speech that "Nicolas Maduro is a usurper with no legitimate claim to power, and Nicolas Maduro must go," adding that "the struggle in Venezuela is between dictatorship and democracy, between oppression and freedom, between the suffering of millions of Venezuelans and the opportunity for a `new future` of freedom and prosperity."

The first attempt was made last Saturday to send massive amounts of humanitarian aid to Venezuela from Colombia. However, the plan left 285 people wounded in clashes between Venezuelan security forces and activists of the Venezuelan opposition who had formed a cordon around the shipment to protect it.

In his grandfather's footsteps, North Korea's Kim arrives in Vietnam