Begging banned in Hyderabad till January 2018 to curb alleged nuisance

In a bid to curb the alleged nuisance caused to the public and vehicular traffic at the main road junctions caused by those begging for alms, the Hyderabad City Police Commissioner issued a notice imposing a ban on the same for two months starting 6 am today. 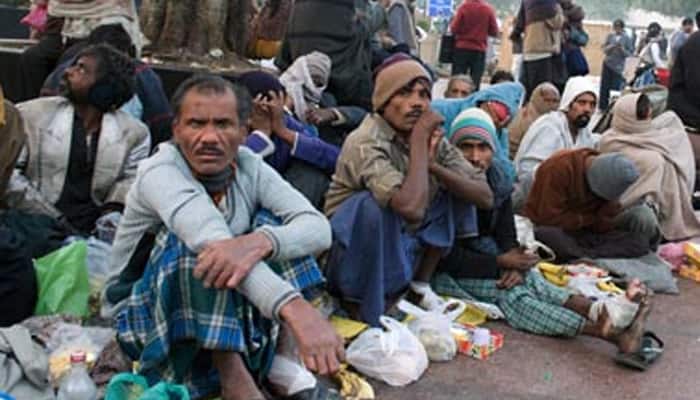 HYDERABAD: In a bid to curb the alleged nuisance caused to the public and vehicular traffic at the main road junctions caused by those begging for alms, the Hyderabad City Police Commissioner issued a notice imposing a ban on the same for two months starting 6 am today.

In an official notice, Hyderabad City Commissioner of Police M Mahendar Reddy stated that the notice has been issued taking into cognizance the hardships faced during vehicular movement and by pedestrians alike due to "indecent and awkward activities of begging."

"It has come to my notice through the public that many beggars are begging alms in an indecent manner. They are also employing children and handicapped persons to solicit or receive alms at the main junctions of the road. Such acts are causing annoyance and awkwardness by exposing in an indecent manner to divert the attention of the vehicular traffic as well as pedestrians and public in general to induce them to give alms. These acts are dangerous to the safety of the vehicular traffic and public in general," the notice read.

"In excise of the powers conferred upon me under Section 144 of criminal procedure code 1973, I, M Mahendar Reddy, Commissioner of Police, Hyderabad City, do hereby make this exparte written order and notify the same to the general public prohibiting begging alms and also employing children and handicapped in begging alms in public places and at the main road junctions in the city of Hyderabad," it added.

The order, effective today from 6 am onwards will remain in force for a period of two months, that is, up to 6 a.m. on January 1, 2018 (both days inclusive) unless withdrawn earlier, the notice read.

It further stated that any person violating it shall be liable for punishment under Section 188 of the Indian Penal Code and as per the provisions of Hyderabad city police Act, 1348 Fasli, TS preventions of Begging Act, 1977 and J.J. Act 2000.

Desh ki aawaz on demonetisation: These are the questions Narendra Modi wants you to answer