The rare melanistic black leopard was photographed by wildlife photographer Will Burrard-Lucas. 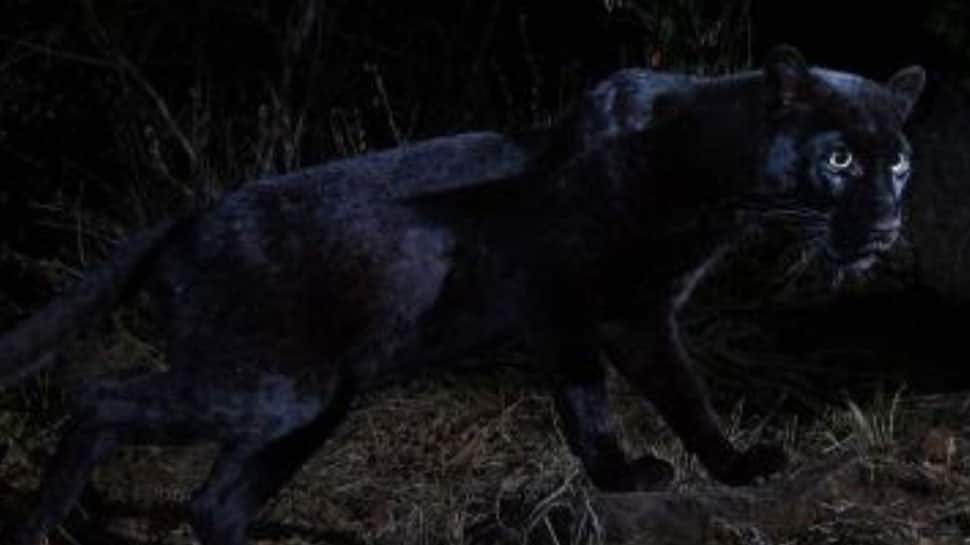 NAIROBI: An extremely rare black leopard, also known as the black panther, has been recently spotted in Kenya, which marks the first recorded sighting of the elusive animal in over a 100 years on the African soil.

The rare melanistic black leopard was photographed by wildlife photographer Will Burrard-Lucas who later posted the pictures on his website.

The black leopard, known as a black panther in Africa and Asia, is a secretive and elusive creature.

An extremely rare sighting of a wild melanistic leopard "black panther" is believed to be the first of its kind on African soil for the first time in over 100 years. Photo Credits: Will Burrard-Lucas. https://t.co/BSMmjtz1N4 pic.twitter.com/97JkA31EHV

These black-coated leopards were sighted by Burrard-Lucas in Laikipia Wilderness Camp in Kenya, where he been camping since January.

It is the first time that a sighting of the stunning creature has been confirmed since 1909.

Most recorded sightings of black leopards or melanistic leopards are from the forests of Asia, but they are extremely rare in Africa.

The Kenya-based biologist and his team had deployed a set of camera traps throughout the bushlands of Loisaba Conservancy in early 2018.

After a few months of wait, his team got what it was looking for - undeniable proof of a super-rare melanistic leopard.

The juvenile female was spotted travelling with a larger, normally coloured leopard, presumed to be her mother.

Published in January in the African Journal of Ecology, these photos represent the first scientific documentation of such a creature in Africa in nearly a century.

According to National Geographic, the extremely rare animal has melanism, where the body produces too much pigment.