The Iraq war veteran, Gabbard was recently re-elected for her fourth consecutive term to the House of Representatives from the State of Hawaii. 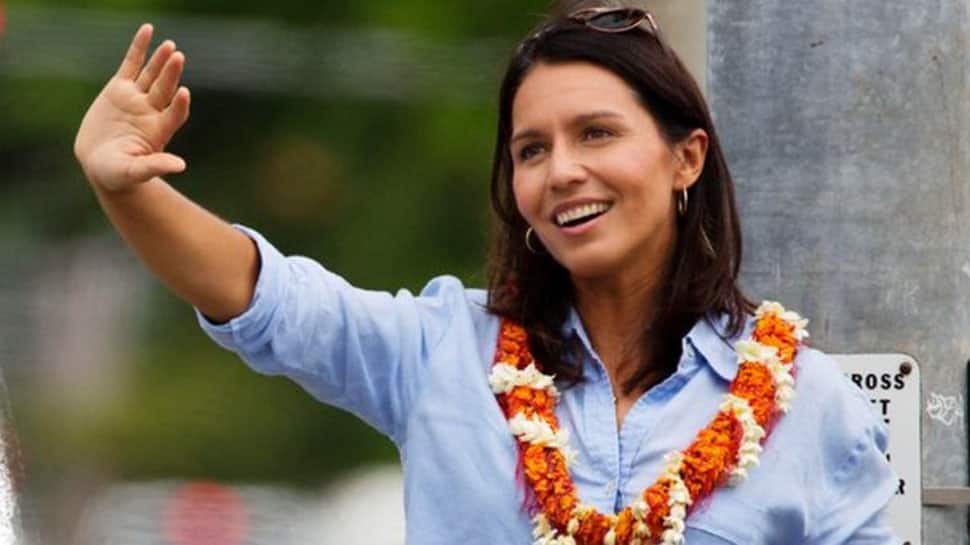 Washington: Democratic presidential aspirant Tulsi Gabbard apologised Thursday for her past remarks that were critical of the LGBTQ community, saying now she has a strong commitment to fight for their rights.

Gabbard, 37, the first Hindu elected to US Congress and a four-time Democratic lawmaker, last week announced she will run for President in 2020.

In the past, she "forcefully defended" her father who was fighting against gay rights and marriage equality in Hawaii.

In a video message, Gabbard said: "In my past I said and believed things that were wrong, and worse, hurtful to the LGBTQ community and their loved ones. Many years ago, I apologised for my words and, more importantly, for the negative impact that they had".

"I sincerely repeat my apology today. I'm deeply sorry for having said them. My views have changed significantly since then, and my record in Congress over the last six years reflects what is in my heart: A strong and ongoing commitment to fighting for LGBTQ rights.

"When we deny LGBTQ people the basic rights that exist for every American, we are denying their humanity, denying that they are equal. We are also creating a dangerous environment that breeds discrimination and violence. When we divide people based on who they are or who they love, all we are doing is adding fuel the flames that perpetuate bigotry and hatred," Gabbard said.

A Iraq war veteran, Gabbard was recently re-elected for her fourth consecutive term to the House of Representatives from the State of Hawaii.

"I know that LGBTQ+ people still struggle, are still facing discrimination, are still facing abuse and still fear that their hard-won rights are going to be taken away by people who hold views like I used to," she said. That cannot happen because every single American deserves to be treated equally," by their fellow Americans and under the law, she said.

"I will continue to fight for LGBTQ+ people, whether they're in school or serving in uniform, trying to get healthcare, taking care of their family, or looking for a home," she said. Gabbard said she grew up knowing that every person is a child of God and equally loved by God.

"I have always believed in the fundamental rights and equality of all people. But I also grew up in a socially conservative household, where I was raised to believe that marriage should only be between a man and a woman. For a period of my life I didn't see the contradiction in those beliefs.

"While many Americans may be able to relate to growing up in a conservative home, my story is a little different because my father was very outspoken. He was an activist who was fighting against gay rights and marriage equality in Hawaii - and at that time, I forcefully defended him and his cause," Gabbard explained.

"But over the years as I grew up, I formed my own opinions based on my life experience that significantly changed my views -- at a very personal level in truly having aloha, love, for all people, and making sure that every American, regardless of sexual orientation, is treated equally under the law," she added.

The term LGBT stands for lesbian, gay, bisexual and transgender. The fifth letter Q, which is often used along with the line-up, means queer -- an umbrella term for sexual and gender minorities who are not heterosexual or cisgender.