Clashes in Venezuela between anti-government protesters and police this year have left 125 people dead, according to prosecutors. 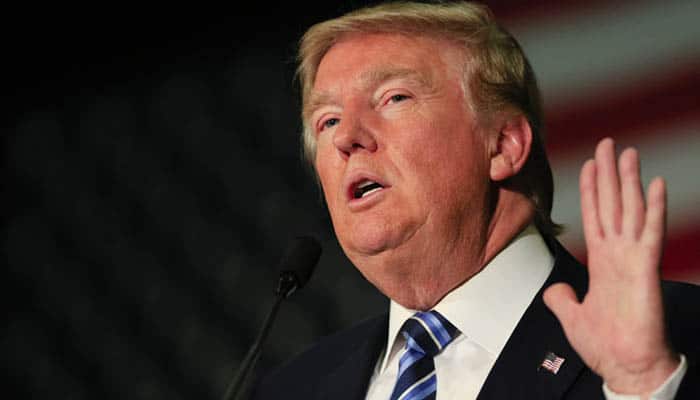 Columbia: The White House on Friday amped up pressure on Venezuela's cash-strapped government, restricting access to vital US capital markets and escalating a standoff between Washington and Caracas.

In a move aimed at leveraging America's vast financial power against Nicolas Maduro`s regime, President Donald Trump banned US trade in new bonds issued by the government or its cash-cow oil company PDVSA.

That could choke off access to New York debt markets and substantially raise the likelihood of Venezuela being forced into default.

Maduro`s government -- which has faced months of deadly mass protests -- has been accused of hijacking state institutions and moving ever deeper into autocratic rule.

The measures will "deny the Maduro dictatorship a critical source of financing to maintain its illegitimate rule," the White House said in a statement.
Venezuela denounced the new US sanctions as the "worst aggression" against the country`s people and accused Washington of trying to stoke a humanitarian crisis in the oil-rich, cash-poor country.

"What do they want? They want to starve the Venezuelan people? What is it they`re looking for?" said Foreign Minister Jorge Arreaza after talks with UN Secretary General Antonio Guterres in New York.

Maduro`s government has been keen to blame the United States for its economic woes and leapt on Trump`s recent suggestions that Washington could intervene militarily -- using that as a tool to unite the military.

"You are with Trump and the imperialists, or youare with the Bolivarian national armed forces and the homeland," he said. "Never before has Venezuela been threatened in such a way."

Trump`s national security advisor HR McMaster played down the prospect of an armed intervention, saying "no military actions are anticipated in the near future."
But Trump`s order will ratchet up the fight on another front.Venezuela`s outstanding debt is estimated at over $100 billion, while oil revenues have declined and currency reserves have shrunk to just $10 billion.

October and November will be a crunch period for repayments. That`s when a hefty $3.8 billion in bond payments need to be paid by Venezuela and PDVSA.
S&P Global Ratings predicted a contraction in the country`s gross domestic product of around six percent this year and the need to finance around $7 billion in debt in 2018.
The agency earlier this year lowered Venezuela`s sovereign debt ratings, warning of the risk of default.

Treasury Secretary Steve Mnuchin confirmed that the measures could apply to any future debt restructuring, shutting one possible escape hatch for the government.
But a carve-out for Wall Street banks for existing deals will dull the short-term impact of the ban.

"It will have a limited immediate impact," said economist Henkel Garcia. But "it closes the doors to new financing."

Still, the message, he said, seems to be that those holding Venezuelan debt should think carefully.

US officials said the latest sanctions were also designed to stop the government from stripping state assets in order to pay the bills.

Earlier this week, US Vice President Mike Pence vowed that Washington would not allow "the collapse of Venezuela," saying such an event would "endanger" countries in the wider region.

Clashes in Venezuela between anti-government protesters and police this year have left 125 people dead, according to prosecutors.

Disaster' looms as Hurricane Harvey bears down on Texas