The bus mishap took place in the Guntur district of Andhra Pradesh. 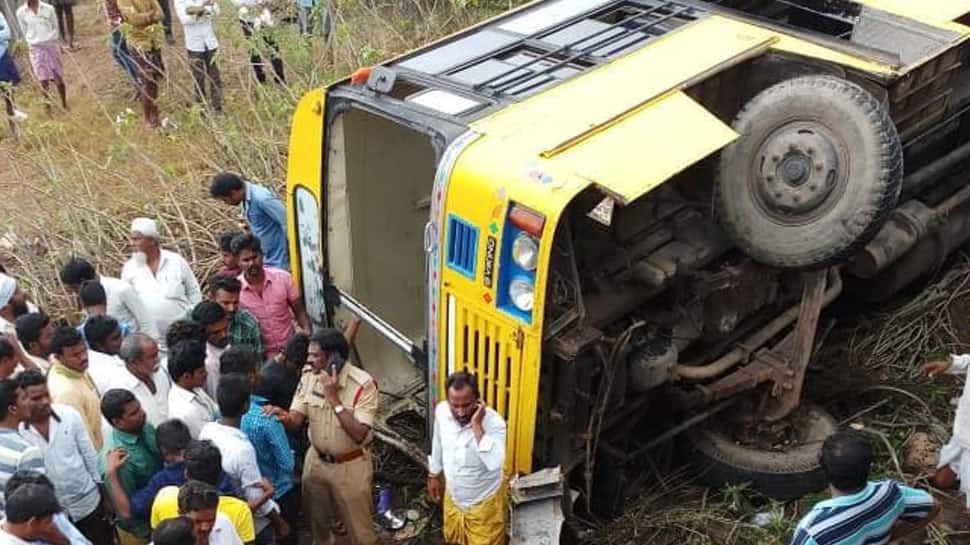 GUNTUR: At least 17 students were injured after the bus carrying them overturned in the Guntur district of Andhra Pradesh on Monday.

According to news agency ANI, at least 15students have suffered minor injuries, while two others were critically injured in the bus accident.

Andhra Pradesh: 15 students suffer minor injuries and 2 students suffer serious injuries, after a school bus turned turtle in Guntur district. Students shifted to a nearby hospital. Driver of the school bus is being questioned by the police. pic.twitter.com/SCSIntc7P5

The bus was reportedly carrying over 50 students when the accident took place.

The bus reportedly fell into a culvert after the driver lost control of the vehicle.

The injured students have been admitted to nearby hospital for treatment.

Meanwhile, the driver of the bus has been held and is being questioned by the police.

Local residents gathered in large numbers at the site of the accident and started efforts to save those injured.

A case of negligence was reported at the hospital where sweepers were seen treating the injured students, according to some media reports.

The authorities have also informed the parents of the school students who have sustained injuries in the accident.

Efforts are being made to contact the Krishnaveni Talent School to which the bus belongs.