The Bangladeshi national, who is dubbed as 'Tree Man', suffers from the extremely rare genetic condition epidermodysplasia verruciformis. 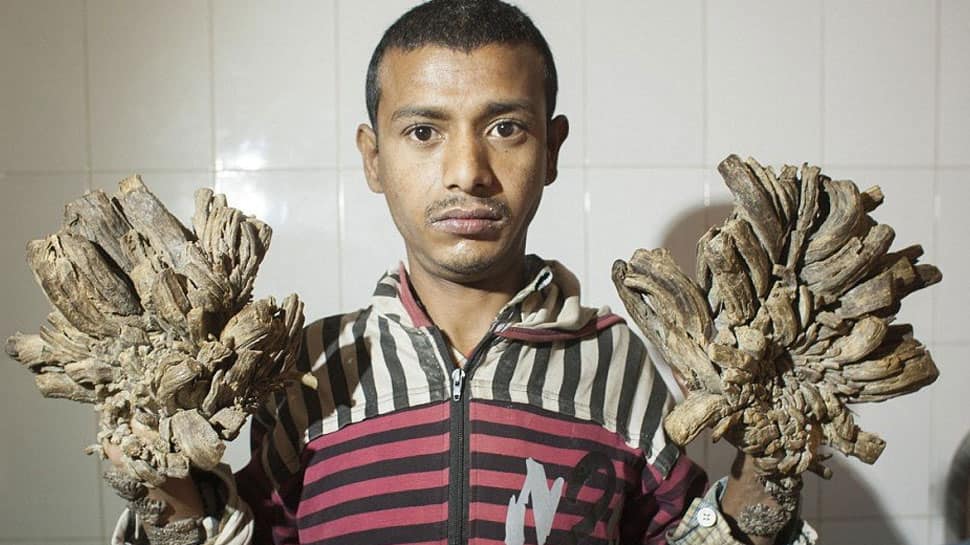 DHAKA: Abul Bajandar - a Bangladeshi man who suffers from an extremely rare genetic disease known as "tree man" syndrome - has been re-admitted to Dhaka Medical College Hospital (DMCH) where he will undergo few more surgeries.

Bajandar was re-admitted to hospital after his condition worsened.

The Bangladeshi national, who is dubbed as 'Tree Man', suffers from the extremely rare genetic condition epidermodysplasia verruciformis and has undergone multiple surgeries since 2016.

According to the doctors treating him, Bajandar has been suffering from the rare disease called epidermodysplasia verruciformis, which has tree trunk-like warts, almost weighing four kg on both his hands and feet.

This rare disorder is also referred to as "tree man" disease.

The condition is caused by a defect in the immune system, which increases one's susceptibility to Human Papilloma Virus (HPV), often leading to chronic HPV infection, skin lesions and an increased risk of developing melanoma skin cancer. It is so rare there have only been a handful of reported cases around the world.

According to Dr Samanta Lal Sen, Bajandar was admitted to the Burn Unit of the hospital.

A medical board of nine members has been formed which will start his treatment following the same process he was undergoing last year, Dr Sen said.

The 28-year-old Bajandar hails from a small town in southern Bangladesh. He made headlines three years ago when he underwent a series of complex operations to remove lesions which resemble tree branches from his hands and feet.

Doctors told CNN that Bajandar has had more than 25 surgeries since 2016 but skipped out of further treatment in May.

Before the surgeries, Bajandra could not eat, drink, brush his teeth or take a shower by himself.