Pakistan has urged the World Bank to resume the process of arbitration in its Indus water dispute with India despite the latter`s objection. 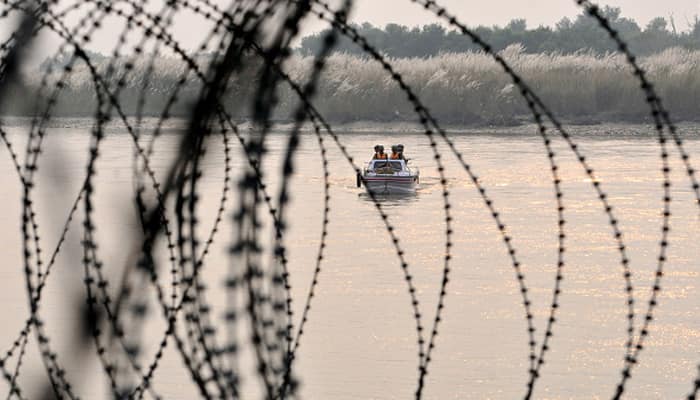 Washington: Pakistan has urged the World Bank to resume the process of arbitration in its Indus water dispute with India despite the latter`s objection.

Pakistan in its communications with the bank argued that the Indus Waters Treaty (IWT) can only be saved by arbitration, reports the Dawn. Islamabad said that it wants the bank to restart the arbitration process as much of the precious time has already been lost even if India disagrees with the suggestion.

India had informed World Bank representative, Ian H. Solomon that Pakistan`s request for setting up a court of arbitration was not acceptable to New Delhi. Solomon was in India to hold the discussion on the water dispute.However, India asked the bank to appoint a neutral expert.

Pakistan is raising its objection to building of the Kishanganga (330 megawatts) and Ratle (850 megawatts) hydroelectric plants by India saying that it violates the provisions of the treaty.

Tensions increased over the water dispute when Indian Prime Minister Narendra Modi last month threatened to block the flow of water into Pakistan.World Bank had earlier asked both the countries to consider alternative ways to resolve their disagreements over the Indus Water Treaty Dispute 1960.

The World Bank had said that it was temporarily halting the appointment of a neutral expert as requested by India, and the Chairman of the Court of Arbitration, as requested by Pakistan, to resolve issues regarding two hydroelectric power plants under construction by India along the Indus Rivers system.

The treaty which was signed in 1960 by then Indian Prime Minister Jawaharlal Nehru and Pakistan President Ayub Khan gives India control over the three eastern rivers of the Indus basin-Beas, Ravi and Sutlej, while Pakistan has the three western rivers- Indus, Chenab and Jhelum.

As per the provisions in the treaty, India can use only 20 percent of the total water carried by the Indus River.

The Indus Waters Treaty 1960 is seen as one of the most successful international treaties and has withstood frequent tensions between India and Pakistan, including conflict.

The treaty sets out a mechanism for cooperation and information exchange between the two countries regarding their use of the rivers, known as the Permanent Indus Commission which includes a commissioner from each of the two countries.