The death toll and the number of people admitted is changing minute by minute, said state Health Minister. 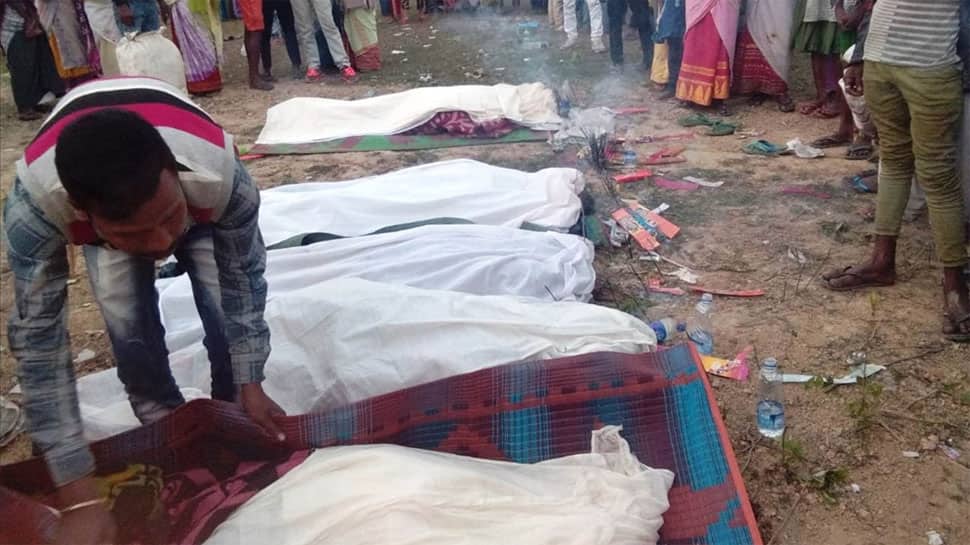 Funeral of those killed after consuming spurious liquor underway in Assam's Golaghat district on Feb 22, 2019. (IANS photo)
Share:
Written By:

GUWAHATI: The Assam Health Department on Saturday confirmed that 80 persons have died so far in the Golaghat and Jorhat districts after consuming spurious liquor. At least 200 persons are are still in a critical condition and have been admitted to Jorhat Medical College and Hospital.

"This morning the death toll in Golaghat and Jorhat districts was 59 and 200 people have been admitted to hospitals. The death toll and the number of people admitted is changing minute by minute," Sarma told reporters after meeting some patients at the hospital.

Out of the 200 patients admitted, at least 36 are women. Authorities have confirmed the death of 15 women.

Director of Medical Education Anup Barman will supervise the patients' treatment, Sarma said.
He said doctors from Assam Medical College Hospital in the neighbouring Dibrugarh district and Tezpur Medical College in Sonitpur district were rushed to Jorhat and Golaghat to assist in treatment of the affected people.

Over 40 people were admitted to the hospital Friday after consuming spurious liquor, the Assam Police said.

While one incident took place on Thursday night at Salmora Tea Estate in Golaghat, 300 km from here, the other incident occurred in two remote villages under Titabor sub-division of Jorhat district.

The incident took place after the tea estate workers consumed a locally brewed liquor called ‘sulai’, which is made of jaggery and ethyl alcohol, according to media reports.
The locals said many consumed liquor at the tea estate on Thursday night after procuring the stock from a particular seller. Several of them took ill immediately and were rushed to the hospital.

The locals complained about a nexus between the police and illegal liquor sellers.

Two excise officials have been suspended and a probe has been launched into the matter.