A delegation from the three parties was supposed to have a meeting with the Governor at 4:30 pm. 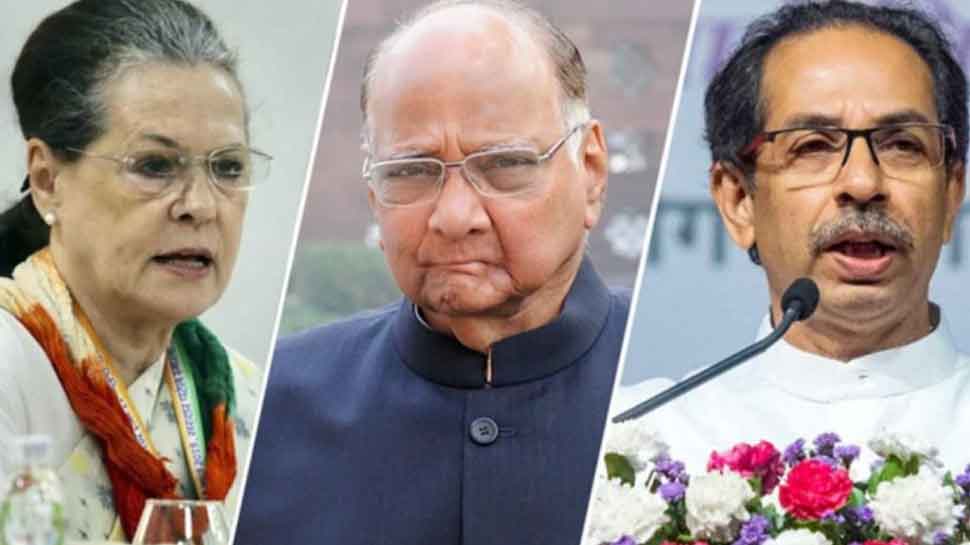 New Delhi: There seems to be no end to the deadlock in Maharashtra, which is currently reeling under political crisis after the election results were announced. Minutes before heading to the Raj Bhavan, Congress, Nationalist Congress Party (NCP) and Shiv Sena's meeting with Governor Bhagat Singh Koshyari was postponed till further notice.

A delegation from the three parties was supposed to have a meeting with the Governor at 4:30 pm.

Maharashtra: The meeting of the delegation of the three parties-NCP, Congress and Shiv Sena with the Governor has been postponed till further notice. It was scheduled to take place at 4.30 pm today.

Though the scheduled meeting triggered speculations about Congress-NCP-Sena jointly staking claim to form the government in Maharashtra, the parties maintained that they were to meet Governor Koshyari only to discuss farmers' issue and the agrarian crisis in the state and not the political scenario.

"I am aware that our joint delegation is to meet the Governor. This is clear that we are meeting for the farmers' issue and nothing about government formation will be on our agenda in that meeting," said Congress leader Prithviraj Chavan.

While NCP leader Nawab Malik stated, "Governor has allowed our request to meet him and during this meeting, we will discuss farmers issues only, there should not be much speculation about it. Members of NCP, Shiv Sena and Congress will be part of the delegation meeting the Governor".

An alliance with Uddhav Thackeray's Shiv Sena hasn't been finalised by Congress and NCP yet. According to sources, the Congress will first sort-out modalities with its alliance partner NCP after which it will initiate talks with Shiv Sena for the government formation in Maharashtra.

The three parties are having talks for the formation of a secular and non-BJP government in the state where the President's Rule was imposed earlier this week.

Maharashtra was placed under President's Rule on November 12 after none of the major parties were able to form government. The Bharatiya Janata Party (BJP) and its ally Shiv Sena were not able to sort out their differences over power-sharing.

The BJP emerged as the single-largest party in the state with 105 seats in 288-member assembly followed by Shiv Sena 56, NCP 54 and Congress 44.

Amidst the deadlock, interim Congress president Sonia Gandhi and NCP chief Sharad Pawar would meet on Sunday to discuss their next course of action.