Aditya Thackeray is the first member of the family in the party's history to contest elections. He emerged out victorious from Worli Assembly constituency after defeating NCP candidate Suresh Mane by a margin of over 70,000 votes. 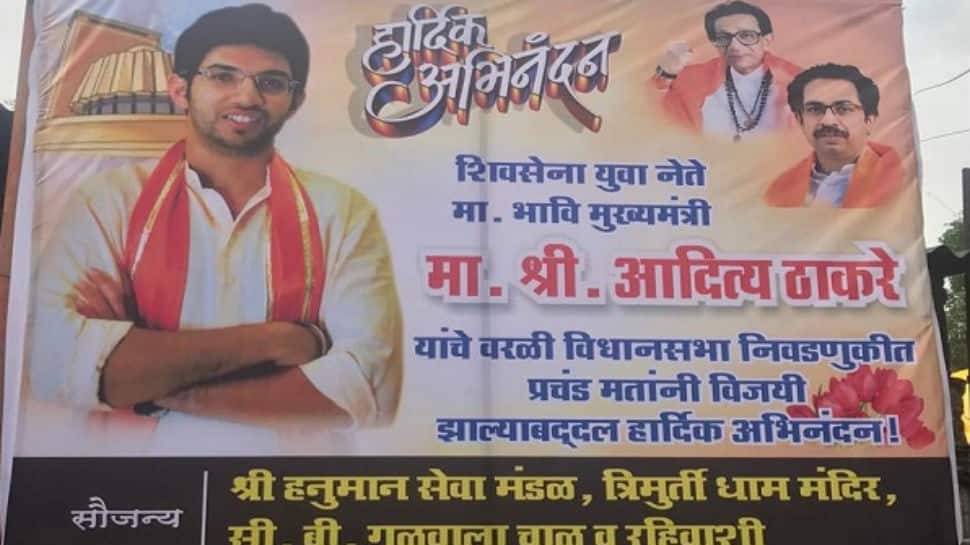 New Delhi: After Maharashtra Assembly election results, posters depicting Shiv Sena leader Aditya Thackeray as the next chief minister of the state were put up in his constituency Worli, Mumbai. The posters also feature photos of Shiv Sena patriarch Bal Thackeray and party president Uddhav Thackeray in the background and have been put by Hanuman Seva Mandal.

Twenty-nine-year-old Aditya Thackeray is the first member of the family in the party's history to contest elections. He emerged out victorious from Worli Assembly constituency after defeating NCP candidate Suresh Mane by a margin of over 70,000 votes.

In the run-up to the election, Aditya had held several roadshows, election campaigns and rallies to woo voters in his constituency as he took the political plunge.

Shiv Sena fought the election in alliance with the Bharatiya Janata Party (BJP). While the BJP won 105 seats, Shiv Sena got 56.

In Maharashtra, the BJP is set to make a comeback with the help of Shiv Sena with Devendra Fadnavis as the CM. However, Uddhav Thackeray has stated that time has come to implement the 50-50 formula in the state that was previously decided with the BJP.

The Sena chief further added that discussions should be held and then it should be decided that who would become the chief minister of Maharashtra. He also thanked the people of Maharashtra for their support.