Rs 1.48 crore cash was sealed in 94 packets and envelops, with ward number, number of voters and an amount of Rs 300 per voter clearly written on them. 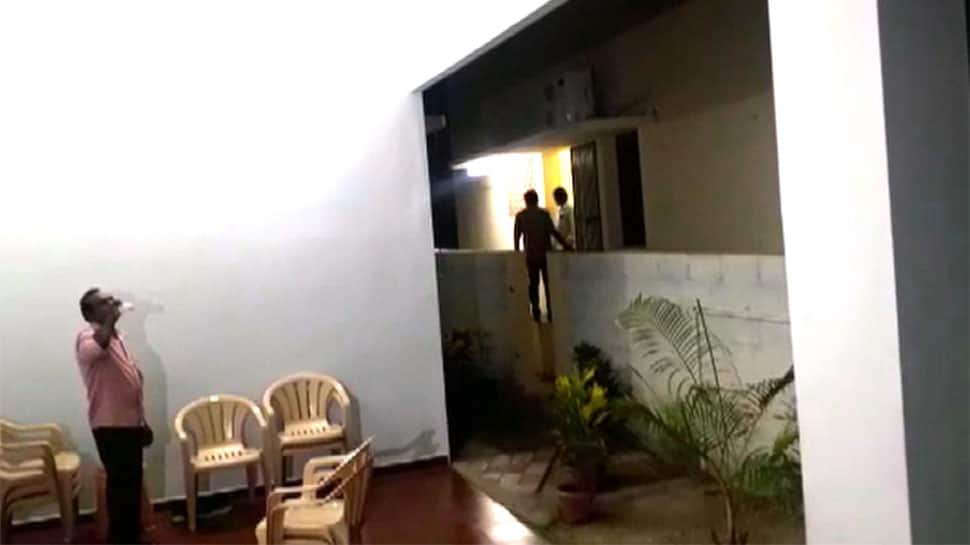 IT Department conducts raids at house where DMK candidate Kanimozhi house in Thoothukudi on Tuesday. (ANI Photo)
Share:
Written By:

Chennai: The Income Tax Department seized Rs 1.48 crore cash during overnight raids in Tamil Nadu's Theni district, where an assembly bypoll is scheduled on Thursday. The raids were carried out following allegations of cash-for-votes being pumped in the poll-bound state.

Following a clash between party workers of TTV Dhinakaran-led AMMK and election officials during the raids, police opened fire in the air to disperse the supporters. No one was injured in the firing. Four AMMK volunteers were detained in connection with the incident.

The I-T department along with Election Commission (EC) officers raided a store on Tuesday night based on credible inputs. The search operation continued till 5:30 am on Wednesday morning. The premises belonged to a functionary of AMMK party. Reports added that the party functioned from the ground floor of the building.

Unaccounted cash worth Rs 1.48 crore sealed in 94 packets and envelops, with ward number, number of voters and an amount of Rs 300 per voter written clearly on them was seized, said I-T Director General (investigations) B Murali Kumar.

AMMK workers overpowered the team of flying squad, broke open the door and snatched some cash packets, following which the police fired shots in the air.

A postal ballot paper for Andipatti assembly by-election, which was already marked for an AMMK candidate, was also found on the premises and seized, said news agency PTI.

Till Tuesday evening, the Income Tax (I-T) department and Election Commission (EC) had reportedly recovered Rs 135.41 crore from across the state, said TN Chief Electoral Officer (CEO) Satyabrata Sahoo. A total of 1022 kilograms gold, 645 kilograms of silver, small items such as sarees, clothes, cookers and gifts worth Rs 8.15 crore, liquor worth Rs 37.42 lakhs, and drugs and narcotics worth Rs 37.68 lakh were also seized by the authorities during the raids.

The Election Commission cancelled the election to Vellore parliamentary constituency on Tuesday after a massive cash haul.

A joint squad of the Income Tax Department and the Election Commission's static surveillance team also carried out searches at DMK leader K Kanimozhi's Thoothukudi residence and office on Tuesday night. Sources in the I-T department, however, said that nothing was found and no case has been registered.

With PTI and IANS inputs

Karnataka: Chincholi Assembly bypoll on May 19, counting on May 23