Aditya Thackeray emerged out victorious from Worli Assembly constituency after defeating NCP candidate Suresh Mane by a margin of over 67,000 votes. He is the first member of the family in Shiv Sena's history to contest the election. 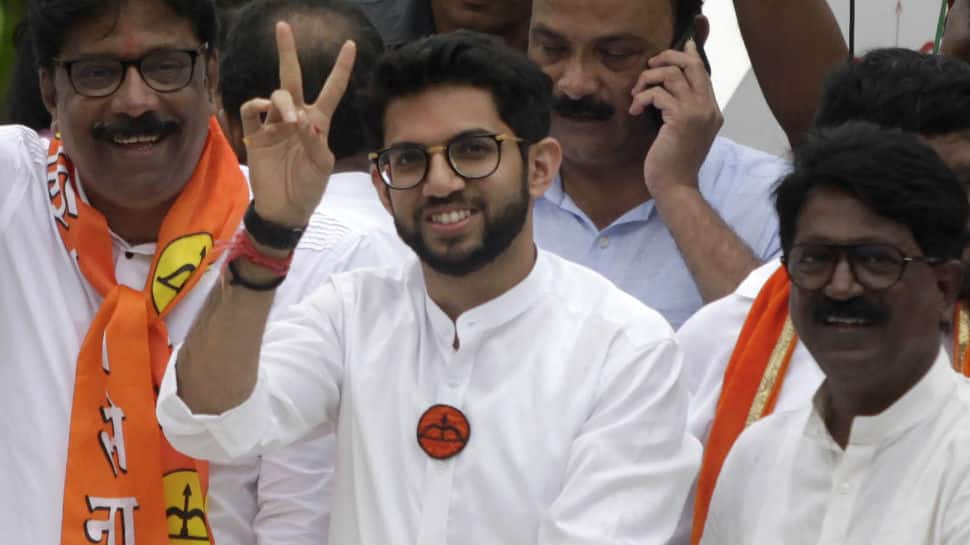 Mumbai: Posters put up by Shiv Sena in Prabhadevi, following Aditya Thackeray's victory in #MaharashtraAssemblyPolls He won from the Worli assembly constituency by a margin of 67,427 votes. pic.twitter.com/thjd7fzI5s

Aditya, 29, made his political debut with this election and his first step into active politics proved to be a hit. He emerged out victorious from Worli after defeating Nationalist Congress Party (NCP) candidate Suresh Mane by a margin of over 67,000 votes. He is the first member of the family in Shiv Sena's history to contest the election.

On Friday, a poster calling Aditya Thackeray as the next Chief Minister had surfaced in Worli.

Shiv Sena fought the election in alliance with the Bharatiya Janata Party (BJP). While the BJP won 105 seats, Shiv Sena got 56. The BJP-Shiv Sena alliance won an absolute majority in the Maharashtra assembly polls

While the counting of votes was underway on Thursday, Shiv Sena chief Uddhav Thackeray, while addressing the media, raised questions over whether the BJP or Shiv Sena will get the chief minister's seat in Maharashtra this time. He said that time has come to implement the 50-50 formula in the state that was previously decided with the BJP.

On Friday, Uddhav placed a condition before BJP before forming a government together in Maharashtra. He said that the party should first agree on the 50-50 formula and after that Shiv Sena will decide to form a government with them.

Under this formula, Thackeray wants to see his son Aditya on the Chief Minister's chair. Shiv Sena is also demanding a fifty per cent stake in the Cabinet. However, nothing as such has been announced by both the parties yet.

BJP and JJP seal deal for formation of government in Haryana; Deputy CM will be from Dushyant Chautala’s party