Data reveals Maruti Suzuki, that once enjoyed a market share more than 50 percent, has failed to touch the pre-pandemic sales mark ever since COVID-19 has hit the market. 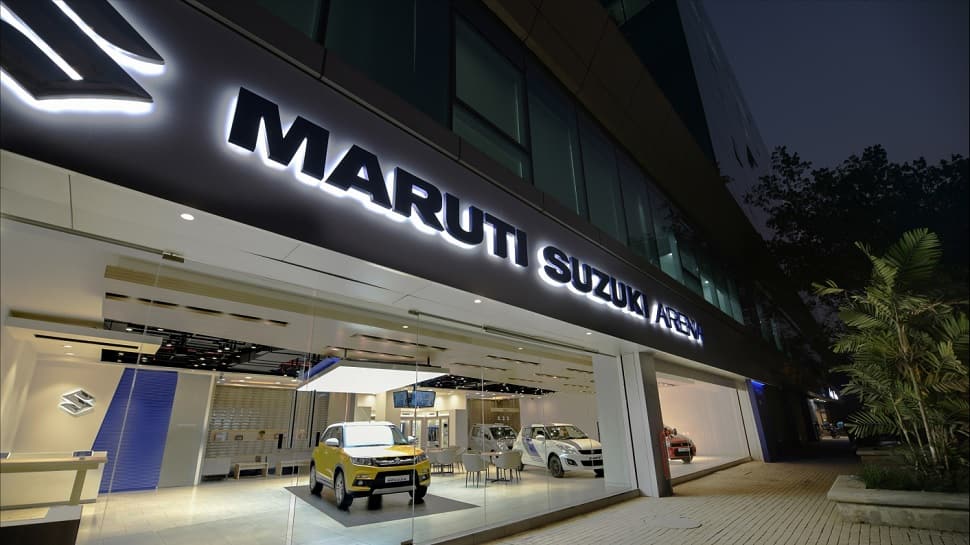 Maruti Suzuki, India's largest automaker by volume is slowly losing the market share it had built over the years. Starting with operations in 1983, Maruti became Maruti Suzuki and also India's favourite carmaker, capitazlizing the growing affinity of Indians towards the value-for-money budget cars. With 8 hatchbacks on offer, Maruti Suzuki is the single largest maker of highest selling body-type in the country. Not only this, despite bifurcating Nexa from Arena to sell more premium products, all the cars from Maruti's stable are priced below Rs 10 lakh (ex-showroom, starting price).

Despite all these factors, Maruti Suzuki is not doing good when it comes to sales in the recent months. In October 2021, Maruti's sales fell over 24 per cent on a year-on-year basis. Total sales of the brand stood at 138,335 units in October 2021 as compared to 182,448 units sold during the corresponding period of last year. This is despite highest-ever monthly exports of 21,322 units in October 2021.

The domestic sales fell to 117,013 units last month from 172,862 sold in October 2020. "While the shortage of electronic components continued to affect the production of vehicles during the month, the company took all possible measures to minimise the impact," the automaker said in a statement. While Maruti is still the largest carmaker, the trend from previous months show a dip in carmaker's popularity.

Data shows that Maruti Suzuki, that once enjoyed a market share more than 50 percent, has failed to touch the sales mark ever since pandemic has hit the market. We decode few reasons why Maruti Suzuki is losing the ground and what's in the pipeline for the automaker-

Maruti Suzuki has not been able to launch much products ever since pandemic has hit the Indian market. Their biggest ever launch in last two years will be the all-new Maruti Suzuki Celerio that will replace the previous gen model. Prior to that, Maruti Suzuki has only launched either BS6 models or minor facelifts of cars like Swift, Vitara Brezza among others. On the flipside, Maruti's nearest competitors like Hyundai, Tata and Kia are on a launch spree, not only launching updated cars but also all-new products, keeping the buzz alive among the buyers.

India has slowly become an SUV frenzy nation and numbers speak volumes on how SUVs have been gaining traction over the years. No wonder, multiple segments have erupted in the last five years - ranging from compact SUVs to mid-size and even sub-compact SUVs. Maruti, on the other hand, has failed to offer any new product in this segment. While the Vitara Brezza still remains a favourite among the buyers, it's slowly losing its charm as multiple choices are now available. More than that, Maruti doesn't have any product in the mid-size or sub-compact category.

Indian market, once used to be a driven by customers seeking high mileage and low cost vehicles. However, new-age buyers are now looking for other factors that are not limited to mileage and pricing and primary among those are design, safety and features. Maruti Suzuki, has failed to capitalize on the new trend and none of its cars gets features like connected technology, sunroof, air filters, premium sound systems and other technologies of sorts. In terms of safety, while carmakers like Tata and Mahindra are creating new benchmarks, Maruti Suzuki cars have often failed to score good numbers in NCAP tests. Recently, India-made Suzuki Baleno scored zero stars in Latin NCAP safety test. Top management of Maruti Suzuki have always mentioned that they are adhering to the rules set by the government of the land.

A semiconductor is a vital component in all forms of electronic gadgets right from mobiles to laptops and what not. A semiconductor/ chip is what separate a mechanical device from electronic device. While cars, at the very core, are mechanical devices or machines, they are no more the basic cabin on four tyres. New-age vehicles are very advanced and technologically superior to any electronic machine. Case in point, Tesla's newly developed in-house chip is more powerful than best of the supercomputers and will be used for self-driving Tesla cars. Even the basic of cars are now dependent on these chips that perform multiple functions. However, the recent global chip shortage has effected Maruti Suzuki as well. The company is finding it hard to deliver products on time and says that the production will be delayed in coming months as well.

Another major reason that has not only impacted Maruti Suzuki but automakers across the country is the rising fuel prices. With petrol touching Rs 110 and diesel Rs 100 per litre, buyers are shying away from buying new car, resulting in overall downfall in the Indian auto market. However, Maruti Suzuki has additionally absorbed the fuel price impact due to non-availibility of diesel cars. Maruti discontinued diesel engined cars in India which included the famed 1.3-litre DDiS unit known for its performance and mileage. At one time, Maruti Suzuki Ciaz with DDiS engine and SHVS technology was the most fuel-efficient car in India rated at 28.09 kmpl mileage. Now, the best of cars deliver 25-26 kmpl mileage. Hopes are high from the upcoming Celerio, which Maruti Suzuki says will be the most fuel efficient petrol car in India.