Automakers have witnessed robust demand so far and are now looking to spruce up supplies to dealers in order to serve customers during the peak of festive period in October. 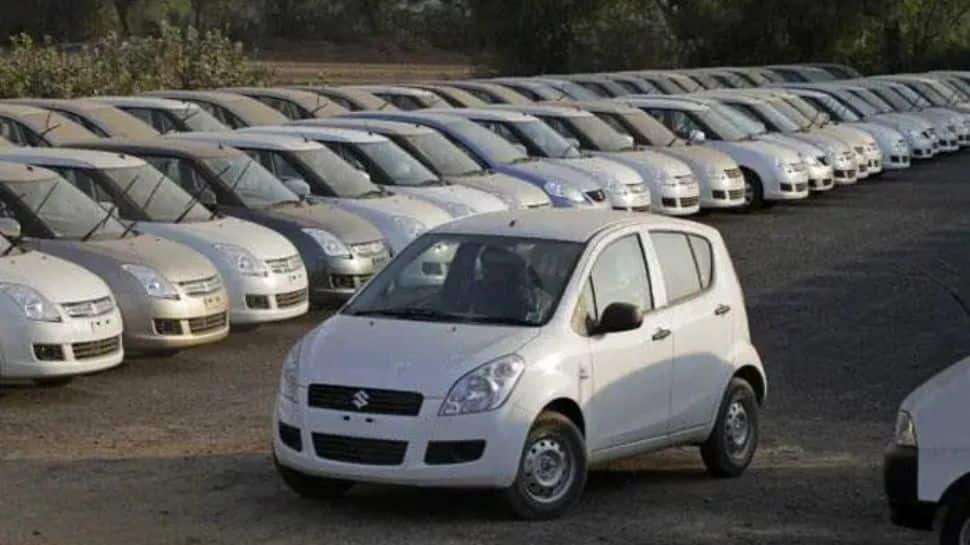 The festive season, which began with Onam, culminates with Diwali celebrations in November.

Automakers have witnessed robust demand so far and are now looking to spruce up supplies to dealers in order to serve customers during the peak of festive period in October.

"At the moment demand looks ok. It is slightly better than last year. If we look at the bookings, enquiries, retails, these are robust. On the supply side of course we may have some adverse effects, we are monitoring that," Maruti Suzuki India (MSI) Senior Executive Director Shashank Srivastava told PTI.

The company would intend to build sufficient inventory before Navaratras to serve the spike in demand, but of course it all depends on the semiconductor supply situation, he added.

MSI's current inventory level is around 23-24 days while the appropriate level would be 30 days, Srivastava noted.

It is going to be a difficult task for the company as it has already announced that its vehicle production in September would be just 40 per cent of the normal output due to the semiconductor shortage.

Elaborating on the current market situation, Srivastava noted that the sales this year were expected to be better than last year's but these were still behind the peak years of 2017-19.

"While we compare with last year, it looks positive this year. But when you compare it to the peak of 2017-19, then we are still 22-23 per cent off that peak so I think we would have to be very careful in saying whether the market situation is better. It looks better than last year but when you compare it with the peak in 2017-19, we are way off,? Srivastava noted.

When asked if the company would be launching new products during the festive period, he said: "We can't reveal product plans but we have been strong when it comes to the product front. We have always introduced new models, product refreshes and we intend to do the same in the future as well."

Mahindra & Mahindra Automotive Division CEO Veejay Nakra noted that the opening up of the markets post the second wave of COVID-19 has led to a rebound in overall demand and the early signs indicate a good festive season with strong demand compared to last year.

"Utility vehicles (UVs) will continue to dominate the space of festive demand contributing to almost half of the PV segment. We are committed to enhancing the festive season offerings and focussed on making the new launches a big success and are working towards transforming the way we deliver experience to our customers.

Nakra noted that with the recent reveal of XUV700 and the launch of Bolero Neo in July preceded by the all-new Thar last year, the company is seeing a sizable turnaround of demand.

Given the steep increase in overall input costs, especially due to the continuing rise in commodity price, M&M has taken calculated price hikes and taken necessary steps to reduce costs, he added.

"Further, the semiconductor shortage continues to be a global issue. This is leading to increased waiting periods across our brands. We are finding credible and innovative methods to address the challenge on priority.

"Our endeavour is to ensure optimum level of inventory at plants and dealerships in order to be prepared for the strong demand as we get into the festive period,? Nakra said.

M&M is also caught up with the chip shortage and last week announced that output at its automotive division would be cut by up to 25 per cent owing to no production days of around seven days across its plants due to semiconductor shortage.

The usage of semiconductors in the auto industry has gone up globally in recent times with technological advancements and new models coming with more and more electronic features such as Bluetooth connectivity and driver-assist, navigation and hybrid-electric systems besides the engine control unit.

However, the auto industry accounts for about 10 per cent of the overall semiconductor demand with the rest coming from the electronic appliances and gadget industry, such as mobile phones and laptops, among others.

"We are making every effort to offer better services, digitalise our sales operations and reduce order to delivery lead time so they can get the vehicle at the right place and time, thereby enhancing customer delight," he noted.

The uptick in demand would possibly continue for the coming festive season across the country due to factors like economic recovery, personal mobility requirements and new launches in the market, he added. Also Read: 2022 Kawasaki KX250, KX450 launched in India: Check price, features of off-roading bikes

From Mahindra XUV 700 to Tata Altroz: Check out the cars awarded to India’s Olympic athletes