The 45X concept made debut at the Auto Expo last year, along with H5X. 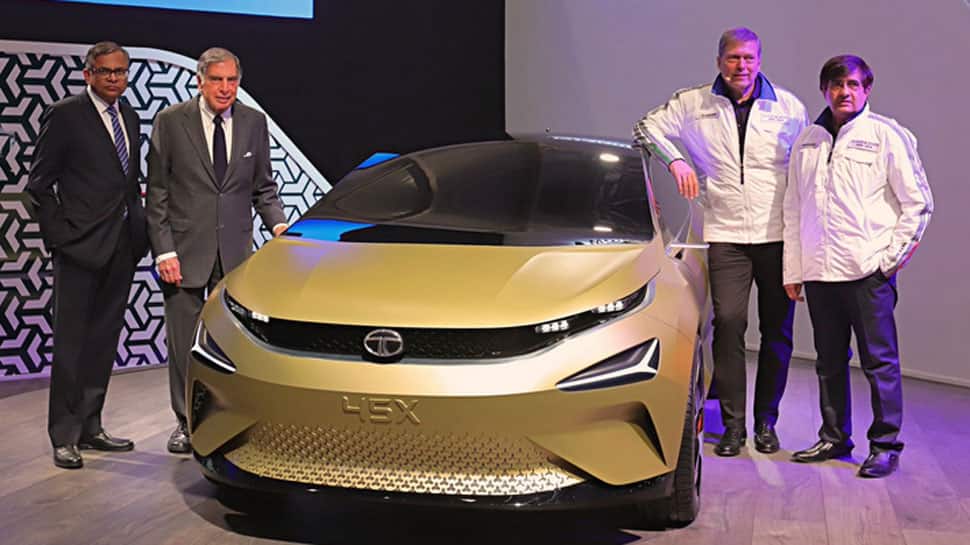 Jaipur: Tata Motors will launch a new premium hatchback based on the 45X concept in the second quarter of next fiscal, a senior company official said Friday.

The 45X concept made debut at the Auto Expo last year, along with H5X, based on which the company has introduced the Harrier SUV. The upcoming hatchback, based on 45X, will rival Maruti Suzuki's Baleno.

"We are going to launch it after six-seven months, in quarter second," Mayank Pareek, president of passenger vehicle business unit of Tata Motors told reporters when asked about the launch of 45X.

Pareek, who was here for the launch of Harrier, said the company has registered a significant growth in the last three years after it introduced new vehicles with attractive designs and features and robust safety aspects.

Tata Motors has expanded its sales points across the country, with Rajasthan being one of the focus markets having huge potential for the passenger car market, he said.

The Tata Group company has a plan of having nearly 2,000 sales points across the country by 2021-22, he said. It has increased the number of showrooms to 800 from 400 three years ago.

"Rajasthan is one of the focus area for the company where there is huge potential for passenger cars due to good road infrastructure," Pareek said.

Talking about the Harrier, he said the vehicle has stunning design, future ready connectivity and infotainment, top of the line uncompromised safety features and class leading performance and driveablity.

"It is a global five-seater SUV built on MEGA ARC, which is derived from Land Rover's D8 platform. We will first fulfill the demand within the country before exporting it," he said.

The SUV will be available in four variants and five colour options with ex-showroom price starting at Rs 12.69 lakh.